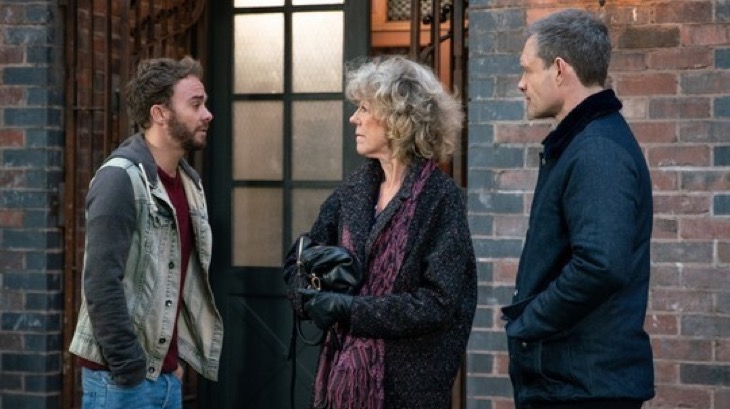 It looks like it is going to be another fast-paced week on the cobblers with plenty of exciting twists and turns for our favorite characters. Coronation Street spoilers indicate that Tim Metcalfe (Joe Duttine) and Sophie Webster (Brooke Vincent) will corner Duncan Radfield, (Nicholas Gleaves) Nick Tilsley (Ben Price) will continue his lies to Leanne Battersby, (Jane Danson) and David Platt (Jack P. Shepherd) will shock everyone with an unexpected announcement. Here’s everything you need to know for the week beginning Monday, January 14th.

The week will kick off with Tim and Sophie cornering a critically ill Duncan at the hospital. Despite his situation, they will want answers and are going to press him hard for it. Sinead Tinker, (Katie McGlynn) meanwhile, goes into labor and delivers a baby boy. Unfortunately, she will pass out from the traumatic experience, leading a lot of people wondering if she will survive to see her son.

Elsewhere, Nick will continue to tell his lies and hide his secrets to Leanne as someone unexpectedly shows up from Nottingham. Rana Habeeb (Bhavna Limbachia) gets very emotional as she realizes that her marriage to Zeedan is over once their divorce is finalized. Sally Webster Metcalfe (Sally Dynevor) will feel terrified when Marcia pulls a knife on her in prison.

NEXT WEEK: Kate and Rana discuss their wedding plans, Audrey faces yet another set back. And, Sophie's got a plan to catch Duncan out, once and for all – but, will it work?

There will also be a huge shock in store for an unsuspecting Steve and Tracy. If that weren’t enough, Tyrone Dobbs (Alan Halsall) will meet Evelyn Plummer’s (Maureen Lipman) grandson James, who will reveal a dark secret to her. Fans can also expect to see Audrey Roberts (Sue Nicholls) move out of her hair salon in move in with the Platts instead. Of course, fans will have to tune in to find out what else will happen on Coronation Street!