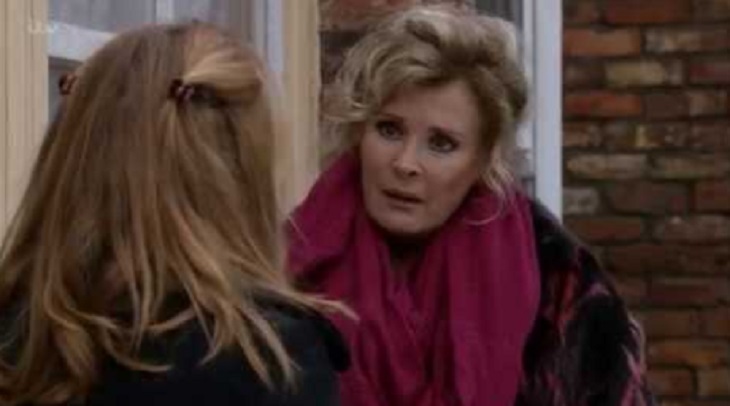 Coronation Street spoilers indicate that Liz McDonald and Jenny Connor might team up in order to get their revenge on two-timing Johnny. The two women have had enough of Johnny and his shenanigans. There’s now a strong possibility that they will take matters into their own hands.

Sure, Jenny Connor almost killed Liz McDonald in what could have been a very devastating hit and run. And yes, she might have done Liz wrong on more than just one occasion, especially after she signed her up to an app looking for ‘Local hook ups.’ But she is now realizing that it’s Johnny who needs to be blamed for everything and not her.

Actress Beverly Callard, who plays Liz on the hit British soap, recently opened up to Good Morning Britain about what’s in store for her character. She doesn’t want Liz to get back at Jenny by having yet another affair with Johnny. Instead, she thinks the two women should team up and teach him a lesson.

Ladies and Gentlemen, it’s time to take a look back at a whopping year on the cobbles!

She said, “I so didn’t want Liz to sleep with a married man but I think Johnny is more to blame than anyone. I think Liz and Jenny should get together and get their revenge on Johnny. These are strong women we’re talking about. It’s all his fault.”

Of course, producers are yet to make any comments on whether or not fans will actually see that happen! Coronation Street airs weeknights on the ITV network in Britain and is available on Britbox in the U.S. Check your local listings for times.

In the meantime, let us know what you think by dropping us a line with your thoughts in our comments section below.

Young and the Restless Comings And Goings: Two New Faces To Appear In Genoa City