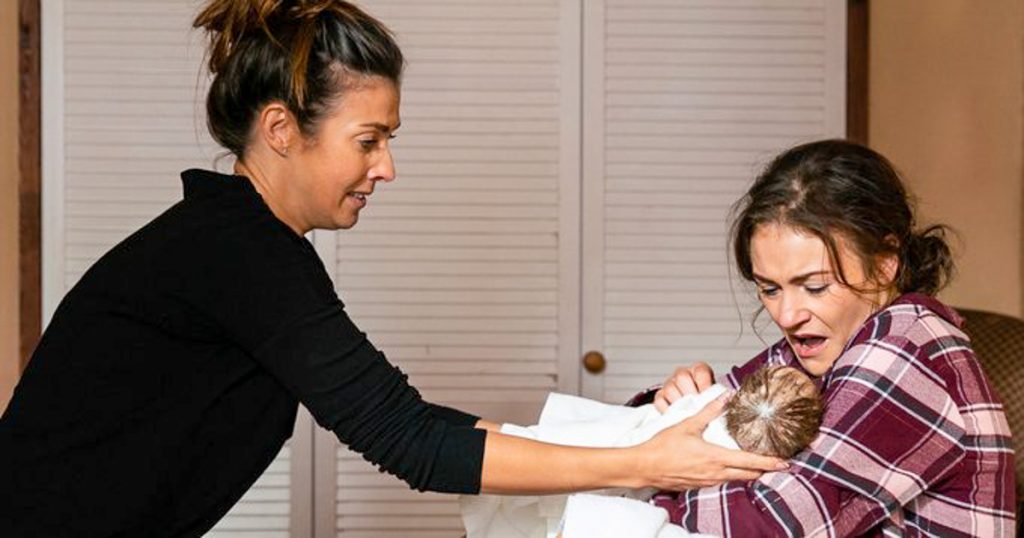 Coronation Street spoilers reveal Vicky Jefferies (Kerri Quinn) and Michelle Connor (Kym Marsh) are working together to get revenge. Robert Preston (Tristan Grimmell) has lied to them both, causing an incredible amount of pain for the women. Plus, he got Vicky pregnant. However, their plan to send Robert to prison for Vicky’s attack, disappearance and murder has a snag.

Corrie spoilers indicate that Vicky and Michelle came up with a devious plan to make Robert suffer for his sins. After Robert went to Vicky’s house, the two argued and neighbors heard a crash. Robert left and assured Michelle the pregnant mistress wouldn’t cause any problems at their upcoming wedding. Then, Vicky went missing and Robert’s life came crashing down on him.

It is confirmed that Michelle’s plan includes taking everything from Robert. She convinced him to sign over the Bistro to “protect” him from child support. However, it was really so she could sell it to the highest bidder and pocket the cash. What she doesn’t realize yet is that the buyer turns out to be her worst nightmare.

Michelle also came up with a plan for revenge and partnered with the other woman. Vicky has been laying low and hiding out during her “disappearance.” Robert ended up being arrested for suspicion of assault. Authorities believe he not only attacked Vicky, but might have killed the woman and dumped her body.

However, fans found out this week that Vicky is alive and well. But there is one big problem.

It is indicated that there is one small detail that Vicky and Michelle didn’t think about. What happens when Vicky goes into labor? She will have to be taken to a hospital and someone will recognize her. Unless she has a fake ID, her real name will be given to the hospital staff and put on the birth certificate. This could alert authorities that she is alive and well.

Also, what happens when their plan fails? Police might not appreciate their time being wasted investigating a crime that never took place. Will the two women end up facing charges for the scheme? Fans will have to keep watching the soap to see what happens next.

Be sure to tune in to catch up on everything happening with Corrie right now. Come back here often for Coronation Street spoilers, news, update and rumors!