Coronation Street Spoilers: Sally’s Nightmare Behind Bars Is Over? 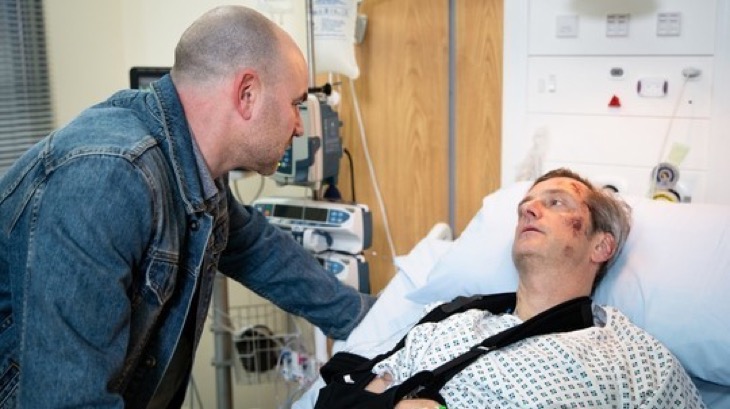 Could it be that Sally Webster’s (Sally Dynevor) nightmare behind bars might finally be over? That might be the case. In fact, new Coronation Street spoilers indicate that the future is looking a little brighter for the imprisoned Weatherfield resident, as Sally Metcalfe might soon see the light of day as crucial evidence in her case emerges. Here’s what you need to know.

According to teasers, there’s a potential chance that Sally Metcalfe can potentially walk free following Duncan Radfield’s (Nicholas Gleaves) freak accident. Fans were left with quite the cliffhanger last week when Duncan stepped off the pavement and was hit by an oncoming car.

At the same time, his phone flew across the tarmac, while still on call to his ex-wife. This is leading to a lot of people to believe that Sally will not have enough evidence to overturn her conviction. Duncan was left lying motionless with blood pouring out of his head as people on the streets surrounded him in shock.

There’s now a strong possibility that the woman who reached for Duncan’s phone might have spoken to his ex-wife about what just happened. When the police and the paramedics show up, all of Duncan’s belongings – along with his cell phone – will be gathered and documented to be returned at a later date. What’s more, the woman who picked up Duncan’s phone call might be interviewed about what she heard during that phone call with his ex-wife. Needless to say, this tragedy might end up working in Sally’s favor.

So far Coronation street producers have made no comments about Sally’s future. With that being said, fans will simply have to tune in to find out what will happen next! Coronation Street airs weeknights on the ITV network. Check your local listings for times. 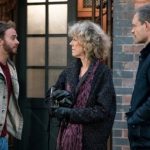 In the meantime, let us know what you think in our comments section below. And as always, don’t forget to check back with Soap Opera Spy for all the latest news, updates and spoilers on Coronation Street and all of your favorite daytime television shows right here!

EastEnders Spoilers: Tiffany Gets In Trouble Over Drug Dealing Job With Rat