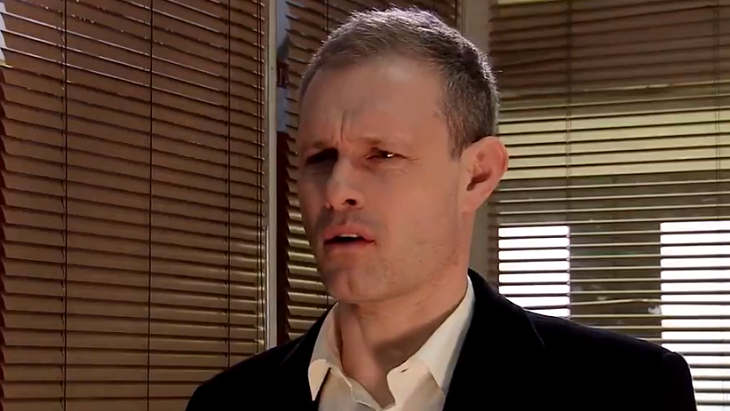 Nick Tilsley (Ben Price) and David Platt (Jack P. Shepherd) have been getting along well, but it won’t be too long till they turn on each other, “Coronation Street” spoilers reveal.

Price tease that when the pressure gets too much, the brothers will go against each other. Iain MacLeod, “Coronation Street” producer, already teased before a long-running storyline that would feature a dispute between David and Nick. The war between them could be just around the corner, Price said.

“That’s the relationship between the two brothers. Normally they don’t get on, then it’s some outside force that joins them back together,” Price said, in an interview with Digital Spy.

What’s binding them now is Nick’s scandalous secret, so their huge falling out may also have something to do with that. David has promised to keep it secret that Nick stole the inheritance of their grandmother, Audrey Roberts (Sue Nicholls). But once their sibling rivalry comes to surface again, who knows what David might do with the information.

Nick’s partner in crime in stealing Audrey’s money, Natalie (Cassie Bradley), has returned to town, much to Nick and David’s surprise. She is pretending to be looking for a job, and Gail (Helen Worth) happily informed David and Nick that she has found the perfect one to fill in the barber vacancy.

The brothers immediately recognized her and they equally want to get rid of her. However, it won’t seem to be that easy. What does Natalie want?

Natalie was a restaurant waitress who Nick conspired with to swap Audrey’s card and withdraw her money from various terminals. Leanne Battersby (Jane Danson) actually saw Nick and Natalie together back then, and Nick introduced her as his divorce lawyer, which Leanne believed.

What do you do when #QueerEye's @tanfrance pays you a visit on Coronation Street?

Nick paid her £2,000 for the crime, but now that she’s back, she clearly wants something more. Nick would have more trouble on his plate, as it seems. He’s also one of the suspects in the upcoming Underworld roof collapse. Corrie spoilers tease that he might be facing some financial issues, establishing the motive that he could sabotage the factory’s roof so that he can get the insurance money.

How far could the brothers go against each other? Stay tuned!