Coronation Street Spoilers: Robert Goes Down A Dark Path, How Far Will He Go? 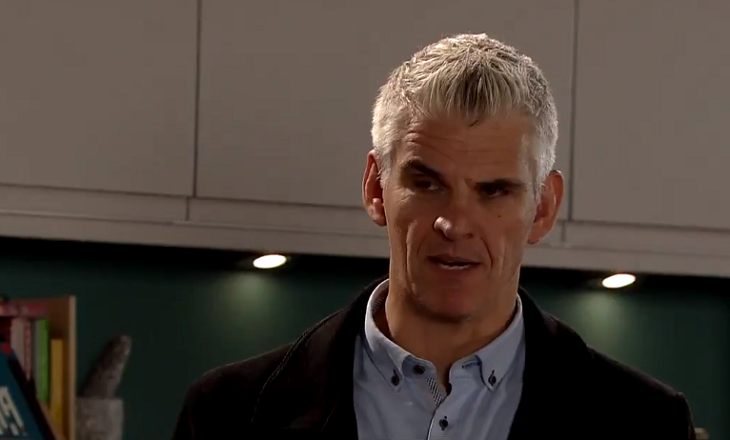 Coronation Street reveals there’s a dark side of Robert Preston (Tristan Gemmill) that is coming out. This happens as he is left heartbroken after Michelle Connor (Kym Marsh) decided they should just end their relationship now.

In recent Corrie episodes, Robert was hoping he and Michelle could fix things after he made an insensitive comment about baby Ruairi’s death. However, Michelle is having a hard time, and she thinks she can’t go through another pregnancy.

Robert wants to have a child of his own, and Michelle says she can’t give him what he wants, so it’s better to end their relationship right now because someday it is going to be an issue again.

“Robert is confused as to why Michelle is being so matter of fact about the end of their relationship, but she has to be because she has made the decision,” Marsh told Digital Spy. 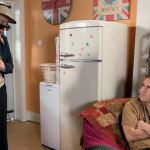 Robert thinks it is because of something Carla Connor (Alison King) said that Michelle arrived at that decision. Ryan Connor (Ryan Prescott) told Robert he saw Michelle and Carla having a heart-to-heart talk in the pub.

“Straight away Robert believes that Carla is at the crux of all of this and that it must be her master plan. He starts to believe that Carla is the reason why Michelle has decided what she has decided,” Marsh said.

As Robert sees Carla outside the Underworld factory, he warns her to watch out. “Coronation Street” spoilers also reveal that the night before the Underworld roof collapse, Robert was seen around when a brick went through the window of Carla’s car. Corrie has officially confirmed Robert as one of the six suspects for the accident at the Underworld that will claim a life.

Ahead of Kate and Rana's upcoming wedding, let's take a look back at the moments that have defined their relationship so far.

(AND keep your eyes peeled for some never before seen footage!)https://t.co/m1Rq9sQZ9C #Corrie #Kana

Tristan teased that in the aftermath of the Underworld accident, Robert will leave the cobbles. He will eventually return, but he will claim he does not know about the roof collapse at the factory.

Is he really capable of sabotaging the factory to get back at Carla? Robert is not someone who tends to plot revenge, but with a broken heart, who knows what he’s capable of doing? With a lot of going on his life, he can make impulsive and questionable decisions.