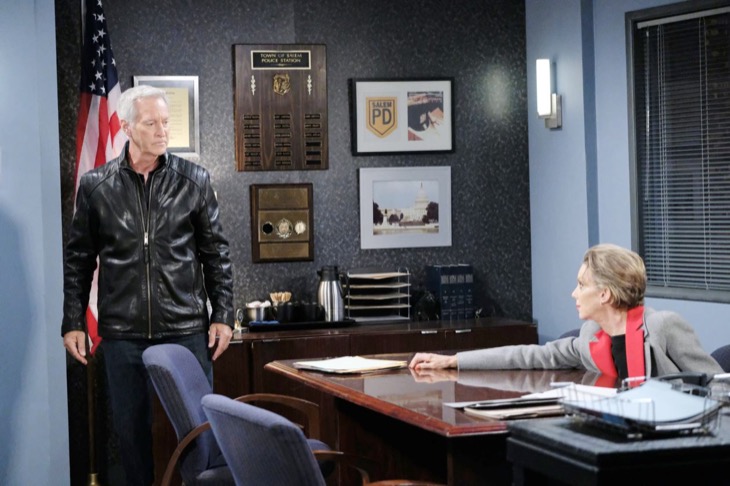 Days of our Lives spoilers tease that Leo Starke (Greg Rikaart) will give his new “birth father” John Black (Drake Hogestyn) a warning about his mother Diana Colville Cooper (Judith Chapman). Could this be a sign that John’s fatherly actions and “daddy talk” to Leo might be having an effect?

According to Greg Rikaart in the “What Will Happen” section in the latest edition of Soap Opera Digest, John’s fatherly actions on Days of our Lives will indeed affect Leo. He has had no example of what a real father is (even though Richard Cooper may have still be his real father since the truth of the DNA test has yet to be established) and has only had fear and abuse growing up.

So Leo basically has a huge “daddy wound” deep inside himself and is starved for fatherly love and attention as it is supposed to be. Leo will soak it up like a sponge! Whether it changes him for the better, however, is another story.

But apparently, he will bond enough with John, thinking he’s his real father, that he’ll warn him not to trust Diana. John will find that out for himself shortly if he hasn’t started to already.

Diana is no longer the woman he fell in love with and became engaged to years ago. He obviously recognized her when he first saw her, so it must be her, even though she’s changed, and not for the better.

General Hospital – What Will Be Leo’s Warning To John?

Whether Leo will warn John not to trust Diana in a particular situation, or in general, remains to be seen, although it seems obvious that Leo himself doesn’t trust her.