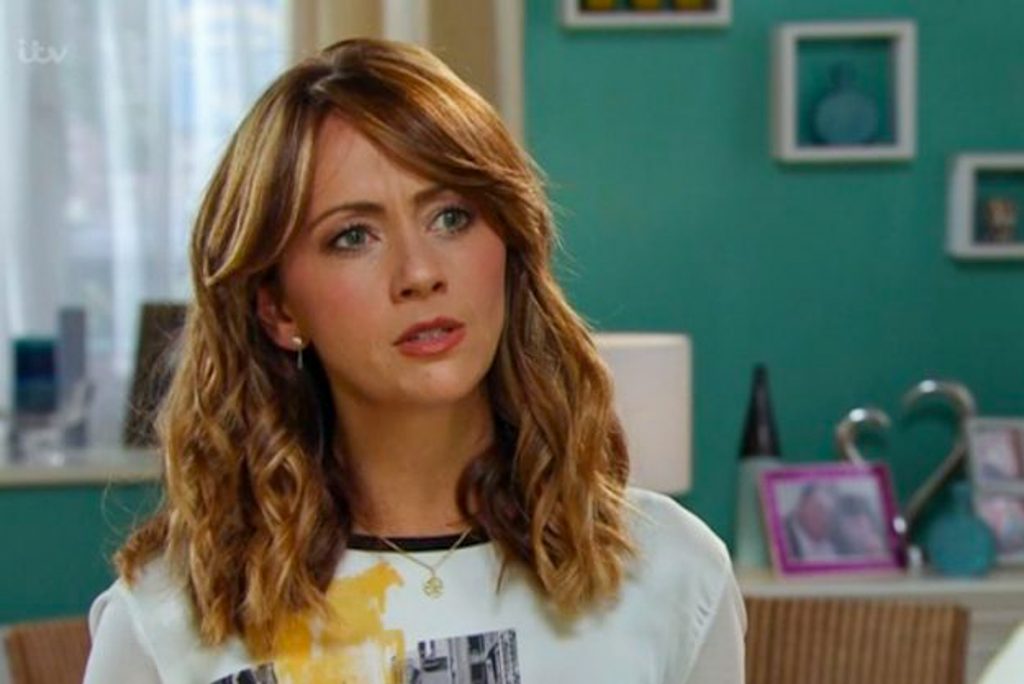 Coronation Street spoilers for the week of December 9 reveals Gary Windass (Mikey North) will learn some news from Maria Connor (Samia Longchambon). She’s pregnant and he is excited about becoming a father and immediately starts making plans. However, when they announce their baby bombshell to others in cobbles, not everyone will say congratulations. Plus, there is a fan theory that there might be a twist.

On Monday’s episode of the British soap opera, Maria tells Gary that she is pregnant. Fans have been wondering how he will react and now we know. According to previews published on the official website for ITV, Gary is excited. In fact, Corrie spoilers state he begins making some big plans. Meanwhile, someone else will let Maria in on Gary’s secret. How will he keep his cover while also keeping Maria?

It is teased that Gary has been eyeing a flat in Victoria Court. He wants to rent it and make some other big preparations in light of the baby news. But when others get wind that Maria is pregnant, they will want to warn her that Gary’s shop is really a front. How will she react when she learns that the father-to-be is really a loan shark?

Coronation Street spoilers suggest that Gary and Maria will make their big announcement to others. However, not everyone is happy for them. Gary is a loan shark and has killed. By all soap accounts, he is a villain. However, Maria is unaware of this and someone is going to tell her the truth. Will she believe them or could Gary smooth things over with another story?

It seems that Gary will try to protect his secret and in the beginning, Maria will believe his version of the story. However, more trouble might be brewing for the couple. There is a fan theory that the baby isn’t Gary’s, but Ali Neeson’s (James Burrows). If this turns out to be correct, what will happen then? Fans will have to keep watching the British soap opera to see how this all plays out.

General Hospital Spoilers: Ava And Nina Team Up Together To Set Up A Trap