General Hospital Spoilers: Ava And Nina Team Up Together To Set Up A Trap 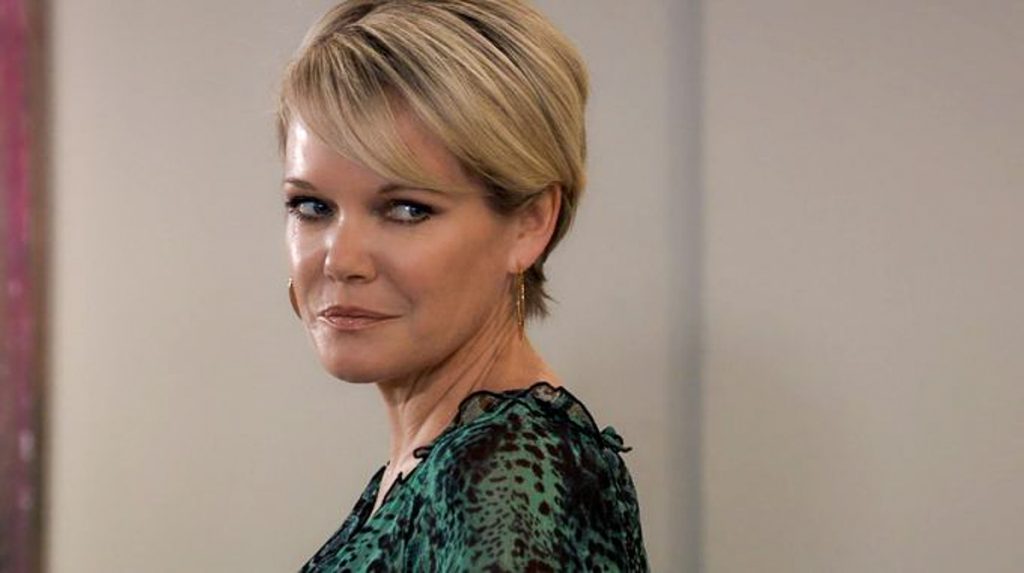 General Hospital spoilers tease that Ava Jerome (Maura West) will be lying in wait for someone on an upcoming episode of GH; might it be Nikolas Cassadine (Marcus Coloma)?

General Hospital viewers will recall the day that Nina Reeves (Cynthia Watros) paid Ava Jerome (Maura West) a visit in Shadybrook, not long after Nikolas Cassadine (Marcus Coloma) had drugged her and then pretended to be his own ghost, tormenting Ava to get information about where she stored Helena Cassadine’s (Constance Towers) portrait in her art gallery. He was even so cruel as to tell her that her daughter Kiki Jerome (Hayley Erin) was in hell with him!

Once he had his limited information, he tore off out of there, but not before Ava grabbed his hand and accidentally pulled off his Cassadine crest ring off his pinky! Nina then found the ring under her bed, and realized Nikolas is alive after she asked Ava about the ring and she said that Nikolas had one just like it! She then told Ava right away that Nikolas was alive and had been alive, was not a ghost, and she told Ava they should join forces against the lying Cassadine men!

Nina Reeves And Ava Jerome Decide To Set A Trap

Nina and Ava decide to set a trap – technically, two traps. Ava sets one for Nikolas, and Nina sets one for Valentin Cassadine (James Patrick Stuart). Or, they may set a series of traps culminating in one big trap where both men will be confronted with their lies! It would be like leaving bread crumbs on two separate trails leading to the same place.

Ava lies in wait for Nikolas – more than likely in her art gallery, because she knows that he will be back looking for the portrait and the codicil. Nikolas knows not who he’s messing with – Ava is sane, in her right mind, out of Shadybrook and is the same woman who set up Ryan Chamberlain (Jon Lindstrom) and stabbed him in the back, literally, with his knife! Double for Valentin – Nina induced Ava’s labor, bringing Avery Jerome-Corinthos (Ava and Grace Scarola) into the world, and kidnapped her and fled to Canada not all that long ago! Now the unlikely allies have a common foe; lying Cassadine men!

Nina knows that Nikolas, Valentin, and Attorney Martin Gray (Michael E. Knight) broke into the storage room of Ava’s gallery at the same time. Nina has gotten Valentin to trust her enough that she won’t turn him into the police, although she may feign shock to hear that he had broken in and found nothing but that a masked man broke in the same night! She will know that has to be Nikolas, and although she probably won’t tell Valentin she will tell Ava!

Valentin may figure it out on his own, or he may not. He has been suspicious that something is not as it should be, but so far he hasn’t quite put his finger on it. So Ava sets her first trap at her gallery and waits for Nikolas to arrive! When he does, she will confront him and although she may promise to keep his secret about being alive, she will give him a piece of her mind for what he did to her!