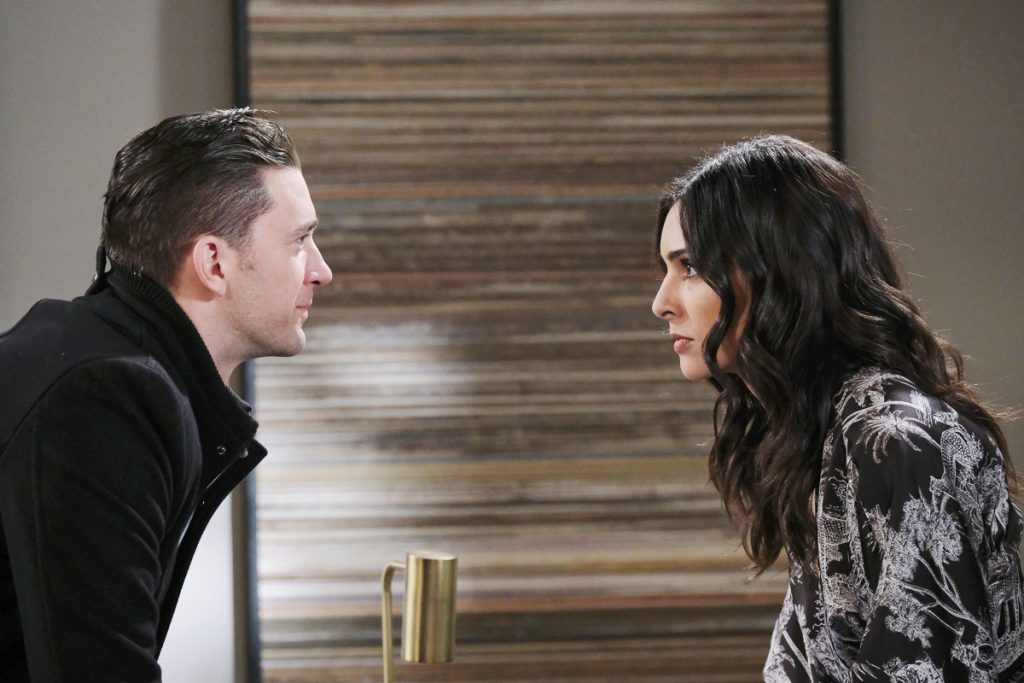 Days of Our Lives spoilers reveal there is a war going on between Chad DiMera (Billy Flynn) and Gabi Hernandez DiMera (Camila Banus). Things are heating up between the two and it is only a matter of time before one of them wins, while the other loses. But who will end up getting control over DiMera Enterprises in the end?

DOOL spoilers tease that Gabi’s ego has only grown during the time jump. Due to Lani Price (Sal Stowers) running away instead of confronting her tormentor, Gabi has gotten away with her crimes. Not only that, but she still has that pacemaker app on her phone. In fact, while rolling around in bed with Eli Grant (Lamon Archey), she accidentally pressed a button on her phone, which nearly killed Julie Williams (Susan Seaforth Hayes).

The wicked widow is still playing dirty and now, she has the DiMera money and power to make good on her threats. Lani is no longer her focus, at least for the time being because she believes the woman is long gone and has “committed to another man.” What she doesn’t realize is that Lani will be returning to Salem soon.

Days of Our Lives spoilers reveal that fans were positive that when Chad came back to Salem, he would take over as CEO of DiMera Enterprises. However, that hasn’t happened for some reason. Gabi remains in control of the business, as well as the DiMera estate. She views Chad as a threat and will do whatever is necessary to eliminate her former friend and lover.

DOOL Spoilers: Having Stefano DiMera as an Ally

What Gabi doesn’t realize is that she really doesn’t hold all the cards in the DiMera deck. She has no clue that the DiMera patriarch is back — in a way. Dr. Rolf (William Utay) has inserted a brain chip in Steve “Patch” Johnson’s (Stephen Nichols) brain. It makes him believe that he is Stefano DiMera and simply has Steve’s face and body.

Even though he really isn’t Stefano, he does have the essence and memories of Stefano. He wants Gabi gone. He is using Chad to help him with that. What Gabi doesn’t know can hurt her because Stefano can be rather ruthless and unforgiving. No matter how big her ego is, she is no match for the mighty Stefano DiMera.