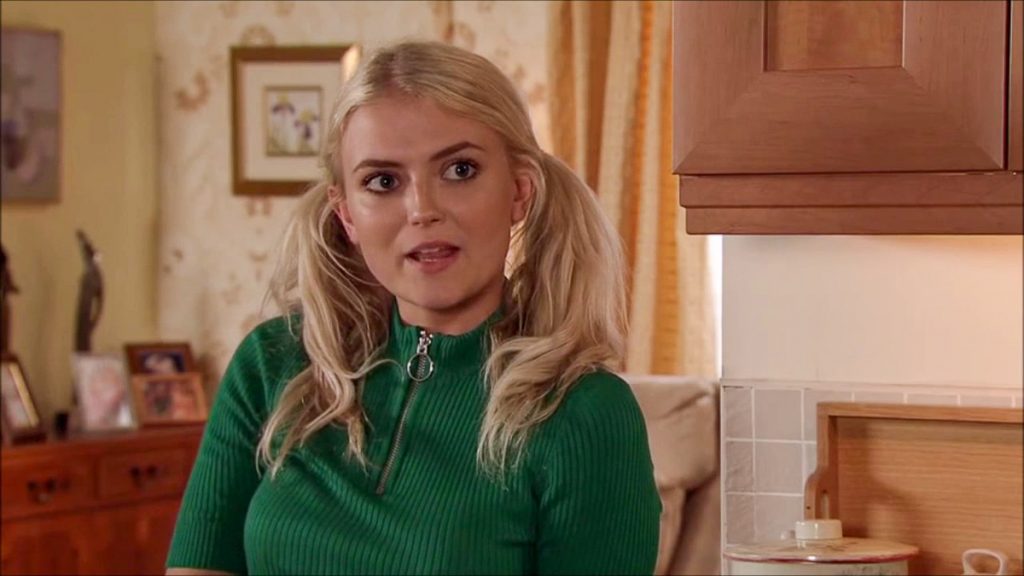 Coronation Street spoilers reveal Daniel Osbourne (Rob Mallard) and Bethany Platt’s (Lucy Fallon) relationship will be one of the storylines featured as 2020 kicks off. However, it is suggested that one of them wants romance, but the other wants something else. Keep reading to find out everything known about the storyline so far.

Corrie spoilers reveal there was a lot of drama surrounding Sinead Osbourne’s (formerly Katie McGlynn) deathbed moments and funeral. Daniel was in a state of grief, even before she passed. They weren’t given enough time. As fans remember, the doctor told Sinead she had just weeks to live. However, she survived even less than that.

Everyone handles grief differently and in a moment in which Bethany was comforting the soon-to-be-widow, the two kissed. They immediately regretted it but they were caught by someone. Soon, everyone in the cobbles found out about the kiss. Instead of allowing Daniel to explain, Bethany was bullied. As for the young man, he was emotionally and psychologically tortured by Sinead’s loved ones, At one point, he was told that his wife wasn’t even cold yet.

Coronation Street spoilers tease that one of the two wants romance. We are guessing that would be Bethany. After all, it is a well-known fact that she has been crushing on Daniel for months. However, will she end up with the man she wants or will she get her heart broken? It seems like it might be the latter.

As for Daniel, he isn’t looking for love. He had it with Sinead and now it’s gone. It’s way too soon for him to even think about moving on. The guy can’t even take care of himself right now and still has a young son that needs him. What he does want from Bethany though is complicated. It is a combination of friendship and something else — as for what that something else is, fans will have to keep watching the British soap opera to find out.

The Bold and the Beautiful Spoilers: Liam and Steffy Ask Zoe for Help, Wants to Expose Thomas