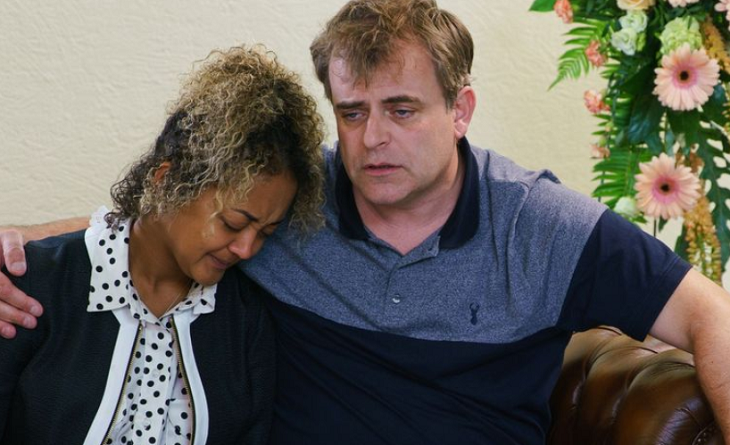 Coronation Street spoilers tease that Steve McDonald (Simon Gregson) will soon find out a secret from his past. That’s because he’s about to find out that he could be the biological father of none other than Emma Brooker (Alexandra Mardell) by as soon as next week.

He will be shocked to know that he had a secret love child with his ex Fiona Middleton (Angela Griffin) so many years ago. Here’s what you need to know.

Emma will be left heartbroken when she learns that the man that had helped raise her will pass away. But before he does, he will let Emma in on a secret that will flip her world upside down. She will discover that the man she thought was her father this entire time really wasn’t.

Coronation Street spoilers tease that Audrey Roberts (Sue Nicholls) will comfort Emma over her heartache from losing her father. But when she sees a picture of Emma’s mother and realizes that it’s Fiona Middleton, she will certainly raise concerns.

That’s because she remembers all too well Steve’s relationship with Fiona. Audrey will raise the news with his mother Liz McDonald (Beverly Callard) while also explaining the entire situation.

It doesn’t take very long for the two women to put two and two together and realize that Steve could be Emma’s biological father. This, of course, is despite her not wanting to find her real dad out of respect for the man who helped raise her all these years.

However, Liz will tell Steve everything they know leaving him quite upset. He will even go to Tim Metcalfe about the news.

Despite his hesitations at first, Steve will find himself reaching out to Emma when he sees her crying at the bus stop. She will admit that she can’t afford a nice coffin for her father. After he accompanies her to the chapel, he will slip the undertaker a little cash.

He wants to help out Emma any way that he can. She’s thankful for his support, unaware of the speculation. Steve, meanwhile, will begin to take action by researching DNA tests. Fans will have to tune in to find out the results!