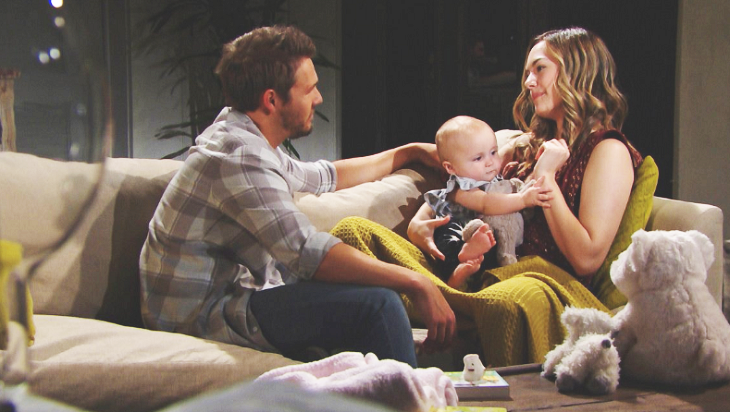 The Bold and the Beautiful spoilers tease that yes, the drama will follow. But for the moment Hope Forrester (Annika Noelle), the last name she’s primed to soon shed, and Liam Spencer (Scott Clifton) are blissful.

The realization that Phoebe Forrester (Madeline Valdez and River Davidson) was actually Beth Spencer, shook her dad to his core. He immediately ran to Hope, as all of the secret-keepers should have done, telling her the miraculous truth. Lope’s baby never died on Catalina Island!

Liam had to endure a lot to force what happened out into the light of daytime. As viewers recall, Hope left the cliff house reeling. She and Liam were told by the hero, Douglas Forrester (Henry Joseph Samiri), that Phoebe was Beth.

Like his recently annulled wife, Liam couldn’t bring himself to believe something so seemingly unbelievable. Douglas must have been speaking theoretically while thinking about his mother, Caroline Spencer (Linsey Godfrey), when he said that Beth was alive.

Douglas surely was transferring his feelings to the little girl who Steffy Forrester (Jacqueline MacInnes Wood) adopted when he said that Phoebe was Beth and wanted to console Lope, right?

No, the outstanding Samiri was delivering the best performance of many within his young life as Douglas dropped the long-awaited mega reveal!

So, Liam bolted to where he heard Thomas Forrester (Matthew Atkinson) had taken Hope, Forrester Creations. Clifton’s determined character told the mother of his second child that Beth was alive, though Hope couldn’t bring herself to accept this incredible reality.

But Thomas couldn’t lie to Hope anymore. Liam had to wrap his forearm around Thomas’ neck to make that happen, but Hope finally recognized that yes, Beth never died.

With their grief having evaporated, Liam and Hope left the rooftop scene where the main drama was projected in a breathtakingly memorable outdoor setting. Then they race to be with the daughter they understandably believed was lost forever. And with that this part of the baby swap, Phoebe is Beth, Thomas is demented storyline chapter ends.

Bold And The Beautiful Spoilers – Will Justice Be Served In The End?

But there are followup caveats within coming scripts, as is often true of epic storylines. Thomas hasn’t yet been stopped or dealt with and Reese Buckingham (Wayne Brady) and Flo Fulton Logan (Katrina Bowden) must face justice for the kidnapping and faux adoption.

Thomas didn’t commit the first legal offense. That dishonor is held by the now infamous Dr. Buckingham. Instead, Thomas committed other crimes, some moral, and at least one legal. Both are important and will result in consequences that will soon follow.