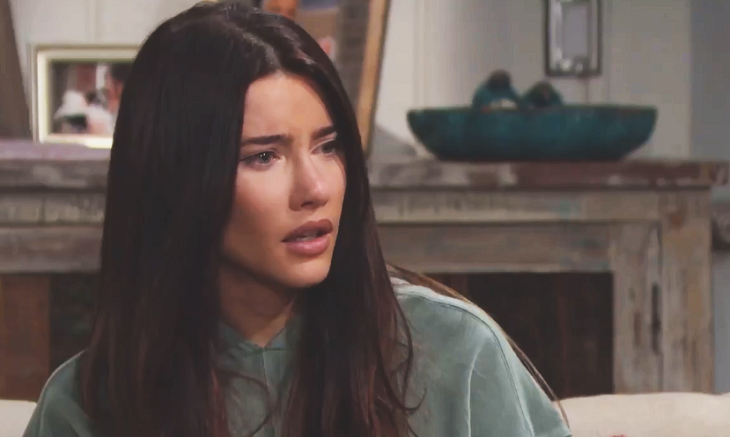 The Bold and the Beautiful spoilers for Thursday, August 8, tease that Hope Logan (Annika Noelle) and Liam Spencer (Scott Clifton) will have to deliver some truly disturbing news to Steffy Forrester (Jacqueline MacInnes Wood).

As B&B viewers know, Steffy and Kelly Spencer (Chloe Teperman and Zoe Pennington) have been out as a doctor’s appointment while Hope and Liam have been reuniting with their daughter Beth Spencer (River Davidson and Madeline Valdez).

But soon, Steffy will return home, and she’ll find Hope and Liam waiting for her. Expect a tense scene as Steffy finds them there with Beth and wonders what on earth is going on. Hope and Liam will begin to explain what they’ve recently learned about Beth having been stolen at birth and subsequently adopted to Steffy.

As B&B viewers can imagine, Steffy is going to be stunned by the news, and she’ll probably strongly resist the notion that “Phoebe Forrester” is Beth. It will seem absolutely unbelievable, and Steffy may chalk it all up to a big misunderstanding caused by Douglas Forrester (Henry Joseph Samiri). She’ll probably think that Liam and Hope are choosing to believe Douglas’ statement that Phoebe is Beth because they want it so badly to be true.

But Liam and Hope will ultimately share with Steffy all the details of the baby swap and adoption scam perpetrated by Reese Buckingham (Wayne Brady) and Florence “Flo” Fulton (Katrina Bowden). Then Steffy will hear about how others came to learn the secret that Beth was alive but said nothing – and that one of those people was her own brother, Thomas Forrester (Matthew Atkinson).

Steffy will have a lot of questions, but ultimately Liam and Hope will have answers and explanations for all of them. In the end, Steffy will be devastated as she realizes that the daughter she welcomed into her home was illegally adopted to her and that she belongs to Hope and Liam.

But there’s one part of the story that they haven’t yet heard, and that’s how Thomas got involved in the situation. They’ve yet to hear how Thomas learned the Beth secret, deliberately kept it from Hope for his own personal gain, and then threatened the others to keep the secret. We’ll see if those details come out on Thursday’s episode, but it looks like they will since B&B spoilers indicate that Brooke will continue to grill Flo, Zoe, and Shauna. 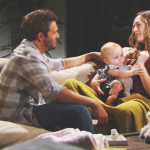 If they do hear about Thomas’ actions, look for Brooke to be seriously peeved and Ridge to be utterly devastated by what his son has done. Also look for Brooke and Ridge to want to go to their daughters and support them through this time. Brooke will surely want to be there to celebrate with her daughter as she welcomes her new granddaughter to the family, and Ridge will want to support Steffy as she deals with her grief and disbelief.

The Bold and the Beautiful Spoilers: Flo And Wyatt Share Tender Moments Before Making…