The Bold and the Beautiful Spoilers: Liam and Steffy Ask Zoe for Help, Wants to Expose Thomas 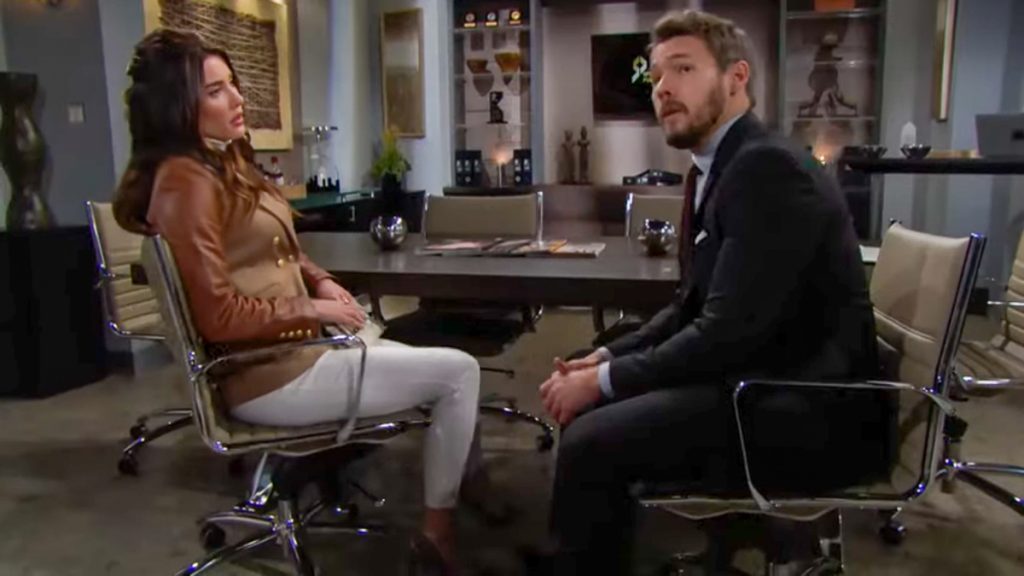 The Bold and the Beautiful spoilers reveal Liam Spencer (Scott Clifton) and Steffy Forrester (Jacqueline MacInnes Wood) ask Zoe Buckingham (Kiara Barnes) for help. The former couple coined “Steam” are looking for a way to expose Thomas Forrester’s (Matthew Atkinson) true intentions. But will she help the two characters or will her crush and loyalty to Thomas have her picking the other side?

B&B spoilers confirm that we will once again see Zoe. She has been missing on television screens ever since she kissed Thomas. As fans recall, he didn’t kiss her back. In fact, right afterward, he kept going on and on about another woman. That female was of course, Hope Logan (Annika Noelle).

Zoe isn’t the only one with a crush. Thomas has eyes once again for Hope, but many wouldn’t really call it a crush or even lust, but an obsession. Thomas isn’t giving up this time, especially after his verbal altercation with Liam. He is more determined than ever to get the woman of his dreams. But with Liam knowing what Thomas is up to, he has to play his cards a bit more carefully this time around.

The Bold and the Beautiful spoilers reveal Thomas doesn’t plan on backing down. He is even once again using his young son, Douglas Forrester (Henry Joseph Samiri) to help him get Hope. The latest attempt was on Thursday’s episode, when Douglas told Hope to join his daddy at Forrester Creations. As everyone knows, Hope can never say no to Douglas, which is why Thomas uses the little boy so much in his manipulative schemes.

Liam and Steffy want answers, but for different reasons. Liam wants to protect Hope from Thomas. While Steffy loves her brother, she worries that Hope is messing up Thomas’ head all over again. Liam and Steffy will join forces, though, with one common goal. That is to find out for sure what Thomas is planning before something tragic happens.

Days of Our Lives Spoilers: Lani and Kristen Scheme to Get Back What is Rightfully Theirs