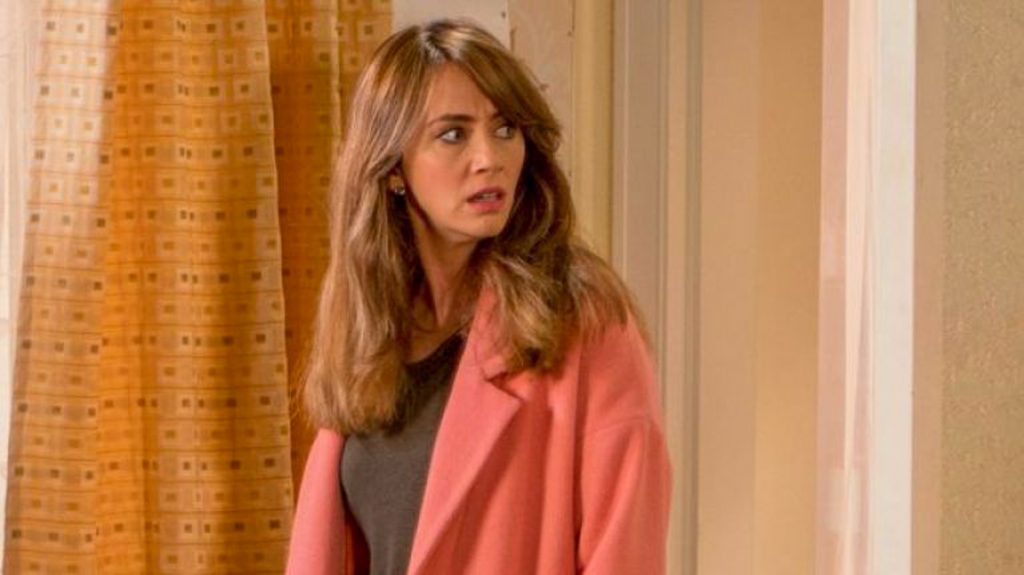 On “Coronation Street,” it’s been confirmed that Maria Connor (Samia Longchambon) will be pregnant with Gary Windass’ (Mikey North) child. In the upcoming scenes leading to the holidays, Maria will inform Gary that she’s carrying his baby. Because of this, the latter will ask Mariah to move in with him. They’ll check out a flat for rent in Victoria Court, where the pair will live together.

Longchambon said her character likes Gary a lot. They’ve known each other for years and they share a lot of things in common. For example, she’s a single mom and Gary is a single dad. Plus, he’s been very sweet to her.

“”Ali Neeson (James Burrows) dumped her and it may have started off as a bit of a rebound, but the more she sees in Gary, the more she does really like him. But I do think she still has feelings for Ali deep down as well,” the actress said.

Maria knows that Ali is a mess right now and that’s why she’s giving everything to her current relationship with Gary. She believes he’s the safest bet, a decision that she may end up regretting down the road.

“It wasn’t her decision to end the relationship with Ali and she is still puzzled as to why it all ended so suddenly when he had just told her that he loved her,” she explained.

Longchambon admitted that her alter ego has some unfinished business with Ali. She knows he still has feelings for her and she’s trying to ignore them as she no longer wants to play games.

When asked how Ali will react to the baby news, the actress simply said, “Maria thinks he is jealous. He mentions getting rid of the baby and she is shocked that he would really go that far just because he is jealous. She can’t see past that.”

Fans know that Gary has made the lives of many residents in the cobbles a living hell. However, Maria remains none the wiser about his dirty deeds. Upon learning about Mariah’s pregnancy, Ali will waste no time and he’ll scramble to tell his ex-girlfriend the truth about the father of her unborn child.

He reveals that Gary is a loan shark and that his furniture store is simply a front to hide his dodgy dealings. Later, Mariah discovers that the bag Gary gave her is authentic and would have cost almost £1,000. Will Mariah finally discover Gary’s secrets? Or will Gary be able to convince her again with his lies?