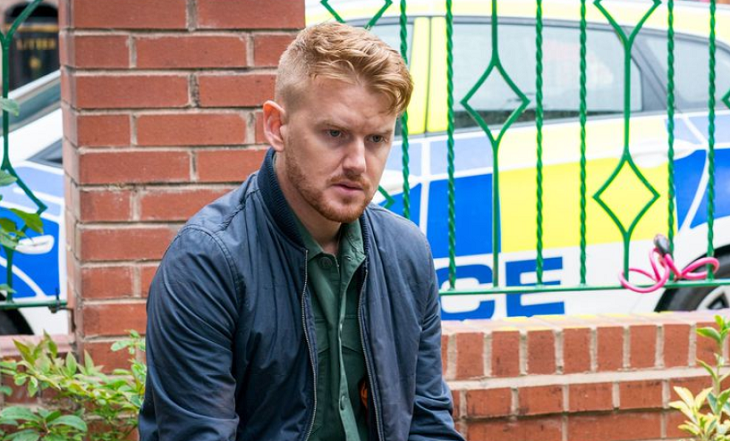 On “Coronation Street,” Gary Windass’ (Mikey North) actions are catching up on him as he is hauled by the police for his possible involvement over the factory roof collapse that killed Rana Habeeb (Bhavna Limbachia).

He is devastated when he learns that his ex-fiancée, Sarah Platt (Tina O’Brien), was the one who tipped the police. According to North, this discovery will lead his character to the “dark side.”

“Gary is fuming that Sarah has shopped him. I maintain that Sarah is the reason he went out and did a lot of this stuff,” North told The Sun. “He loved her, and never meant to drag her into this. I think finding out Sarah reported him is another reason behind Gary going over to the dark side,” he added. “Without Sarah, Gary has nothing to lose and that makes him more dangerous.“

Gary’s arrest comes after Nick Tilsley (Ben Price), who was the prime suspect, finds proof that may help him get off the hook. He sees himself in one Beth Tinker’s photos, which means he was nowhere near the factory during the roof collapse.

However, the police are still unconvinced of his alibi, so he turns to his sister, Sarah. She then confides to her new boyfriend Adam Barlow about what Nick told her.

While having dinner with Ken Barlow (William Roache), Peter Barlow (Chris Gascoyne), and Carla Connor (Alison King) at NO1, Carla shared her dream at the time when she had a mental breakdown.

She said Gary visited her and went through her bag. She also said that she suddenly lost Sarah’s phone, which she stole and stashed away with the other items.

Viewers know that it wasn’t a dream. Gary did do everything she thought she dreamed about. Sarah also started to wonder about Gary’s phone call. And after hearing Carla’s story, she managed to fit pieces together that he may have had something to do with the factory roof collapse. She wastes no time in telling the police.

Burdened with guilt, Gary calls at the solicitors’ office to talk to Imran.

Will he take responsibility for Rana’s death? #Corrie pic.twitter.com/j4ePWTyo7N

Gary’s absolutely terrified as the police interrogates him but he tried to keep his cool. The cops ask him about the factory roof. They also ask about his involvement in the disappearance of Rick Neelan (Greg Wood), who fans know he killed.