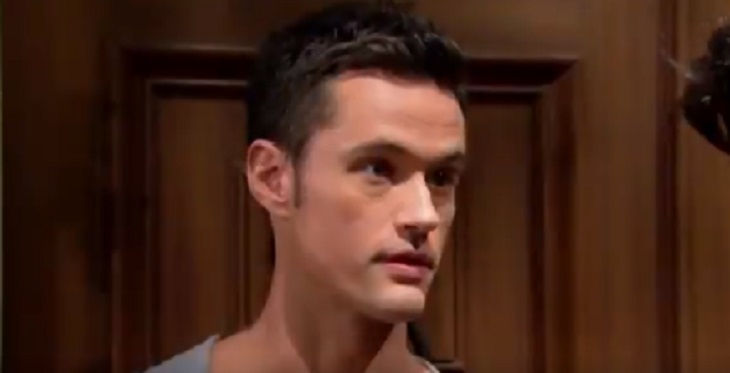 The Bold and the Beautiful spoilers tease that Thomas Forrester’s (Matthew Atkinson) plans are endangered through his ongoing actions. While many characters, including Liam Spencer (Scott Clifton), Brooke Forrester (Katherine Kelly Lang), and Xander Avant (Adain Bradley) are onto Thomas’ actions, Atkinson’s alter ego seems increasingly likely to create his own downfall.

Things have been going smoothly for Thomas, too smoothly actually. The rapid pace that his schemes have succeeded, the continued silence of those he’s threatened, and Hope Logan’s (Annika Noelle) fogged acceptance of all that he’s doing can’t continue indefinitely.

Circling back to his greatest enemies, let’s start with Liam. Clifton’s character sees straight through the manipulative pressure that Thomas is forcibly applying to Hope. He’s brainwashing this poor soul, including using his own son, Douglas Forrester (Henry Joseph Samiri), as an emotional tool.

Liam no longer holds sway with Hope, which puts him in a similar weakened position as her mother. Brooke’s instincts led to alarm when she and Liam were told by Douglas about the engagement ruse.

Brooke’s plight is exceptionally hard because her husband, Ridge Forrester (Thorsten Kaye), has put his blinders on. Ridge believes that Thomas’ mental health issues are behind him. Kaye’s character is also on board with the apparent Steam reunion that’s developing, making it unlikely that he’ll try to dissuade Thomas’ intentions toward Hope.

Xander cared for Emma Barber (Nia Sioux) at one time. His current girlfriend, Zoe Buckingham (Kiara Barnes), isn’t open to hearing about Thomas’ actions, mostly because she fears her father, Reese Buckingham (Wayne Brady) would be imprisoned if the baby swap truth is revealed.

Bradley’s brave character doesn’t care about Reese and has gained circumstantial video evidence that appears to put Thomas on Emma’s tail the night she left Forrester Creations and was heading to Hope’s via Mulholland Drive.

As all of the above swirls, Thomas still possesses capsules that contain a chemical elixir. After shirking morality and the law, when he drugged Liam’s margarita, there’s every reason to believe he’ll follow the same pattern again with someone else. Hope could face a smoothie spike, or Xander could be targeted with an excess amount of the unwanted potion.

Just as the number of people who know Phoebe Forrester’s (Madeline Valdez and River Davidson) identity is Beth Spencer, so too must the volume of anti-Thomas crusaders grow. As that happens and through his need to force twisted desires into reality, B&B fans would be right to wonder when Thomas will make a mistake that ends his dark run.