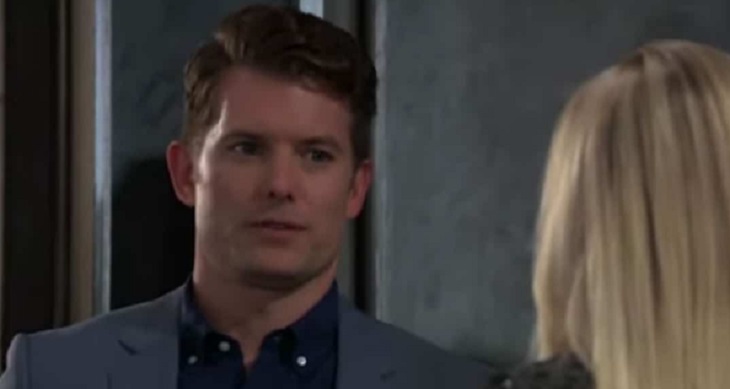 Mark Lawson’s appearance as Dustin Phillips, Lulu Falconeri’s (Emme Rylan) date, on “General Hospital” on its July 9 episode was a hit. Viewers, many of whom may have recognized the actor for his role as Brody Lovett on “One Life To Live,” have nothing but good things to say about his performance. Some are even hoping to see him again on screen.

Several fans have left positive comments on social media to commend him for a job well done. In response to their messages, the actor also took the time to thank them for all their support through a personal video message.

Lawson started with “Good Morning.!” “I just wanted to send out a little post of gratitude to everyone who tuned in, or has since watched GH yesterday, and posted comments and just spread the word that I got to be on yesterday. It was so much fun,” he said.

“I’ve had my eye on GH for a while, and was really glad that I got to do that. I just want to say everybody there is a consummate pro. It’s a wonderful set to work on. It’s fast, but it’s fun, and it felt like a homecoming. So thank you very much, and all the love to everybody at GH,” he continued.

During the episode, Dustin responded to Lulu’s online dating profile. She was actually trying to find a robber who sets up a date with women through an online app. He doesn’t show for their dates. Instead, he’s robbing their homes. Both characters seemed to be having a good time and there could be a possibility that his appearance is not a one-time thing.

Aside from his gig in “General Hospital,” Lawson also landed a role in a movie that’s currently in pre-production, called “Heretic” where he plays as William. He is also portraying the role of Christian in “One Night In San Diego.” Another movie that he’s also part of is “Killer Contractor” where he plays Jason. He also got cast as Gareth in “Killer Reputation,” as Brady in “Ex-Wife Killer,” and as Ted Copeland in “Pitch.” He also appeared in “Cold Case” as Jerry Stone.