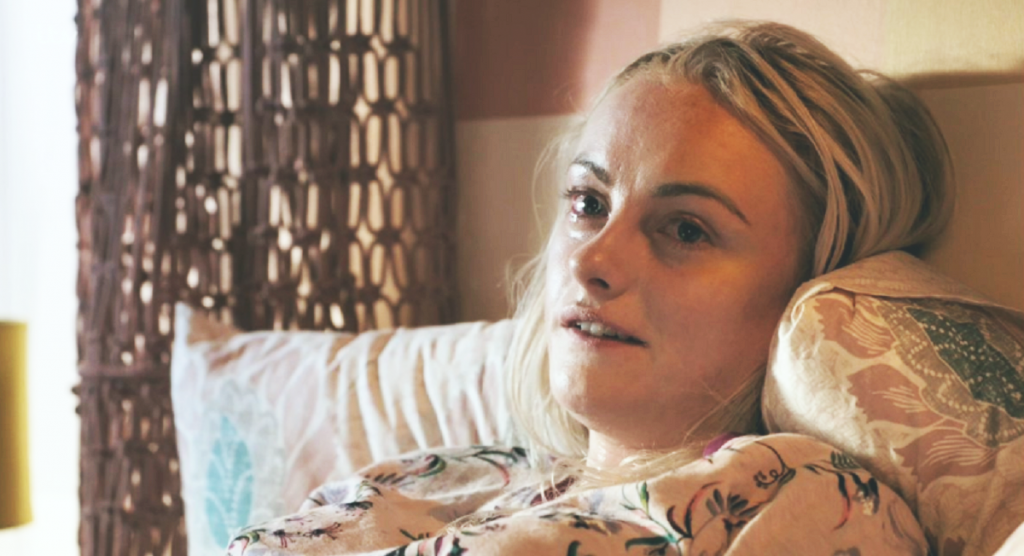 Coronation Street spoilers tease that it’s going to be a very emotional end-of-the week for both Weatherfield residents and fans who enjoying tuning in each and every day.

That’s because it will be the last that they see Sinead Tinker (Katie McGlynn), as the character will pass away with her loved ones beside her. Sinead has been battling cervical cancer for several months now.

As many fans know, Sinead’s world came crashing down when she discovered that her cancer has spread to her lymph nodes and her liver. She later found out that she only had a few months to live.

And even though her partner Daniel Osborne (Rob Mallard) has been by her side throughout this difficult and challenging time in their lives, he’s also been spending a little too much time with Bethany Platt (Lucy Fallon). In fact, Daniel and Bethany had even shared a kiss behind Sinead’s back, even though she has been on her death bed for weeks now.

Coronation Street spoilers indicate that Sinead’s last episode is set to air on Friday, October 25th. And it’s one that fans won’t want to miss.

Actress Katie McGlynn, who plays Sinead on the hit ITV network, recently opened up about Sinead. Katie says that playing the dying character has definitely took a toll on her mental health, but at the same time she says that she was proud to have raised awareness of the condition.

She put it this way on the television show Loose Women: “I kind of underestimated the effects that it’s had on my mental health. ‘I sound silly saying it but I believe Sinead is real. I played her for six-and-a-half years. Me and Corrie created this character and I feel like she’s my friend.

COMING UP AT 7.30PM (1 HOUR EPISODE) In heartbreaking scenes, Sinead tells Daniel that he needs to learn to move on once he's managed to mourn her loss.

Visit: https://t.co/P5cXcToFgD if you have been affected by Sinead's story. pic.twitter.com/poxcbFWl3A

“Watching her die was just awful, but it’s raising awareness and I just hope that we are doing that. ‘I love this storyline because it covers so many issues. I just wanted to highlight the fact people are dying of cancer.”

Tell us, are you going to miss seeing Sinead on Coronation Street?