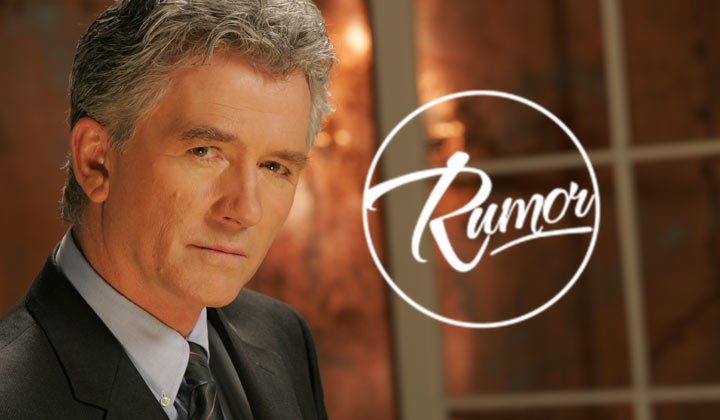 Flo (Katrina Bowden) is searching for her father on ‘The Bold and the Beautiful’. As of the moment, it appears as though the Logan clan provides the answer to this paternity question. Might Patrick Duffy be reprising his role as Stephen Logan?

It’s been eight years since B&B fans last saw Duffy. Forever famous for his portrayal of Bobby Ewing on Dallas, the actor’s five-year stint as Stephen is also fondly remembered.

Stephen is the father of four known Logan’s, which include Storm (William deVry), Brooke (Katherine Kelly Lang), Donna (Jennifer Gareis), and Katie (Heather Tom). Considering the ages of some of the older Logan’s, it could be more plausible to have Storm be revealed as Flo’s father.

However, the actors that played Storm and Stephen both have brown eyes, whereas Bowden’s are lighter. This physical point may prove relevant, as Flo specifically mentioned to Wyatt (Darin Brooks) that she wanted to look into her father’s eyes. Shauna’s (Denise Richards) arrival clearly furthers the coming resolution to this storyline.

The write-in of Flo originally appeared to fill-out the backstory of Reese (Wayne Brady). Miss Fulton was the Vegas-based friend of Dr. Buckingham’s, who obviously had romantic feelings for him. She went along with his diabolical, debt-based scheme to tell Hope (Annika Noelle) and Liam (Scott Clifton) that their just-born daughter Beth had died, though she fully regrets having done so.

Reese then sold Beth to Steffy (Jacqueline MacInnes Wood) under the guise of adoption. He used the quarter-million dollars to satisfy his gambling losses and also to give Flo fifty-thousand bucks in appreciation for her efforts and own financial needs.

Imagine the Logan family’s reaction if, in fact, Flo is revealed to be a member of their family! Hope’s and Brooke’s responses, in particular, will be incredible in any regard, but specifically, if this one plays out.

As is often true within the world of daytime drama, the current Logan paternity angle could just be a tease along the way to the actual reveal. Bowden is shown on B&B’s main cast list, so Flo should prove to be someone of significance, as will soon be known.