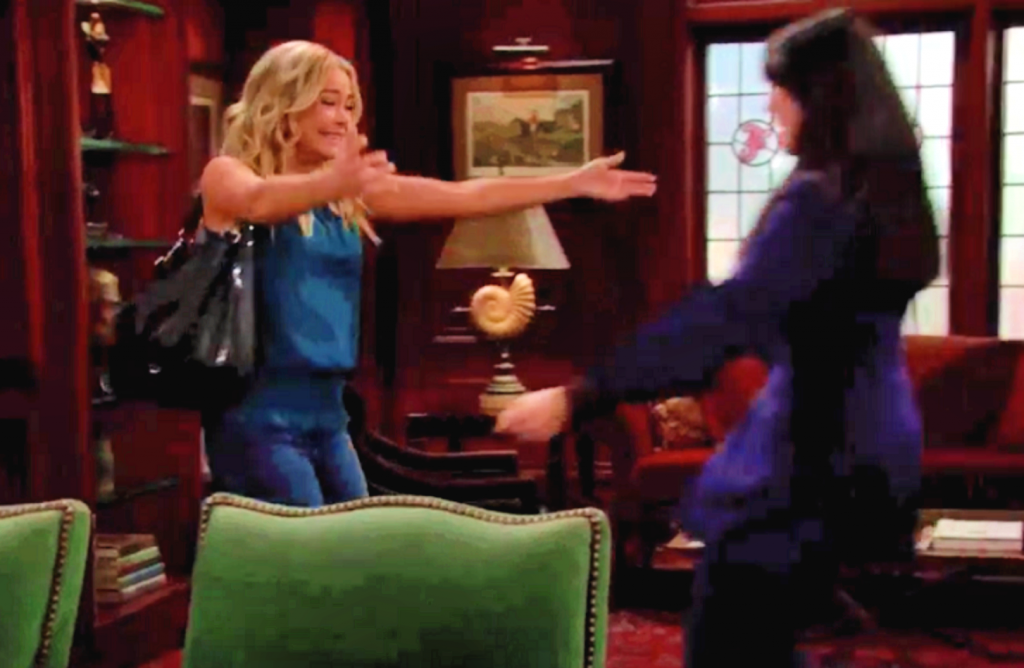 “Bold and the Beautiful” (BB) spoilers for Monday, April 8, 2019 tease that we will have a day filled with one stunned, another caught off-guard, and let’s not forget plenty of drama. We have a very exciting day coming up and you will not want to miss a moment of the action!

Quinn will be in for the shock of her life after Shauna reveals that she knows Bill and they even slept together. Shauna thinks Bill could possibly be Flo Fulton’s (Katrina Bowden) father. Bill will come in to talk to Quinn and that’s when Shauna will ask him if he doesn’t remember her.

As we all know Bill Spencer has been around the block a time or two and it won’t click at first who Shauna Fulton is. Once Bill hears that he may have another child he will not buy it at all. Bill will tell Shauna that she got around and is a gold digger.

This will definitely make things awkward if he is the father, being that Wyatt Spencer (Darin Brooks) and Flo were once in a relationship and now could be siblings. Do you B&B fans think Bill should get DNA done right away? Do you think he could really be the father of Flo or do you think Shauna could be out for money?

Other “Bold and Beautiful” spoilers suggest that Flo catches Wyatt off-guard with her words and actions. Wyatt and Flo will have a deep conversation where Wyatt will be caught off-guard.

It appears Flo still has feelings for Wyatt and him being so supportive of her lately may be bringing some of that back up for her.

Shauna's arrival on #BoldandBeautiful pushes two paternity reveals– Flo and Beth. And, it looks like they may be linked more than anyone ever imagined. Read more on this right here ⬇️⬇️⬇️⬇️https://t.co/6Hzz9Kuwcb

Wyatt is in a relationship with Sally Spectra (Courtney Hope) but still cares for Flo. Do you B&B fans think Flo and Wyatt may get closer before learning that they could be sibilings?