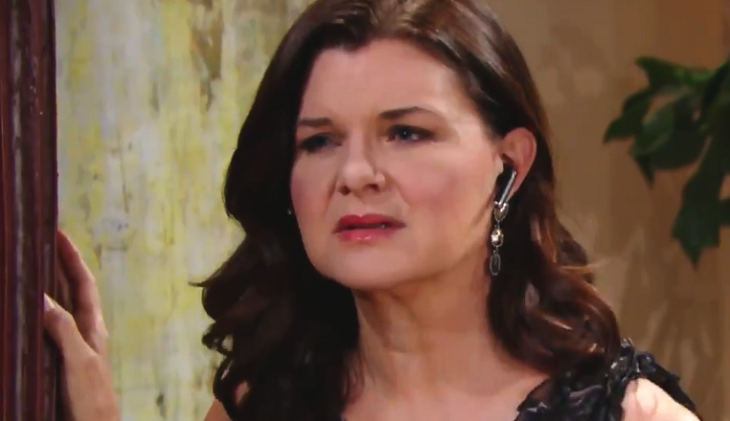 The Bold and the Beautiful spoilers indicate that Katie Logan (Heather Tom) has a new plan for Bill Spencer (Don Diamont) and yes, it involves Shauna Fulton (Denise Richards). Katie wants to test Bill’s loyalty by using Shauna as bait. Here’s what you need to know.

So far, Shauna has been loving her new life and all of the perks of being connected to the Logan family, thanks to her daughter Flo Fulton (Katrina Bowden). After finding out that her biological father was Storm Logan, both Shauna and Flo’s life have changed for the better.

Quinn Forrester (Rena Sofer) has even offered for Flo to come and move in with her, just so they could spend more time together. However, Katie couldn’t help but notice that Bill has been eyeing his former part-time lover more than just one time. That’s why she’s come up with a new plan.

The Bold and the Beautiful spoilers indicate that Katie wants to recruit Shauna to see if Bill is as loyal as he says he is. After all, Bill told Katie that he’s a changed man and that he’s willing to do whatever it takes to make their relationship work.

And while Katie believes all that Bill has told her so far, she still wants to make sure for herself that she’s not going to get her heart broken again. That’s why she wants Shauna to hopefully seduce Bill to see what he will do. It’s a gamble for Katie that is worth taking.

For Shauna Fulton, she doesn’t want to compromise her position within the Logan and Forrester families, especially since she’s getting so much out of it. But at the same time, she’s also being put in a bad position.

Bold And The Beautiful Spoilers – Will Shauna Fulton Fall In Love?

Should her little plan to seduce Bill work, she’ll feel trapped. There’s also the possibility that she might end up falling in love with Bill, too.

And if that happens, she’ll find lots of enemies on the other side of her new family. Of course, fans will have to tune in to find out how this will all play out!

Young And The Restless Spoilers: Who Will Be Adam Newman’s Love Interest?