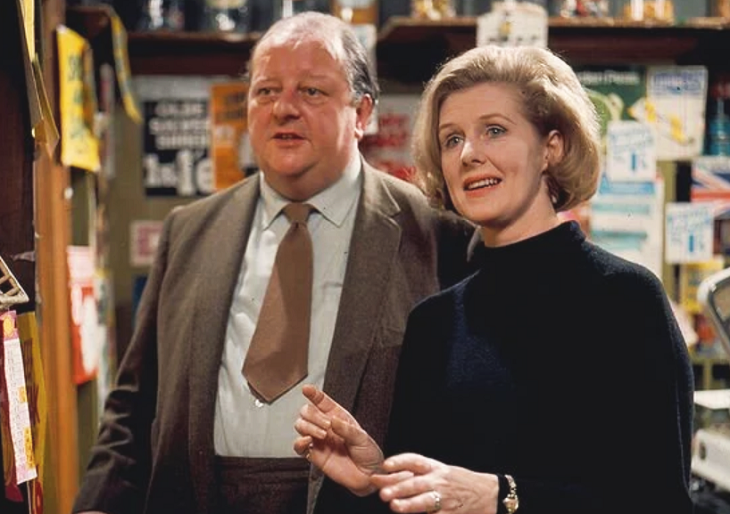 The actress was best known for her role as Maggie Clegg. She made her debut as Maggie back in 1968. The character ran the corner shop with her alcoholic husband Les Clegg (John Sharp). Here’s what you need to know.

During her seven years on the hit ITV soap, Irene shared scenes with plenty of British primetime stars such as Elsie Tanner, Ena Sharples, Len Fairclough and Emily Nugent.

Before her role on Coronation Street she had a brief stint on the West End as a society girl by the name of Seedy-Stockings in George Bernard Shaw’s The Millionairess after training at LAMDA theater school.

Maggie starred in Dixon of Dock Green, Pathfinders in Space and Emergency Ward Ten before landing her role on Coronation Street. After plenty of highs and lows, Maggie divorced her difficult husband over his heavy drinking and went on to marry Ron Cooke instead. Irene decided to leave the soap in 1975 and later decided to return to her theater roots after her successful run on television.

In recent years, Irene has enjoyed successful guest appearances on television shows such as Doctors and Doc Martin. However, her last known television role was on The Royals back in 2015.

Even though she was a very well-known figure in the British entertainment industry, Irene liked to keep her personal life out of the public eye. She was also known to be a committee member of the Actors’ Benevolent Fund and in her spare time enjoyed playing bridge with close friends.

Family and friends confirmed to the media that the 88-year-old had actually died back on May 3rd. Many of her fans will remember her best for her six-decade long career in both television and the theater.

Our condolences go out to Irene Sutcliff’s entire family during this very difficult time. It’s without a doubt that she will always be remembered for her beauty and her talent.