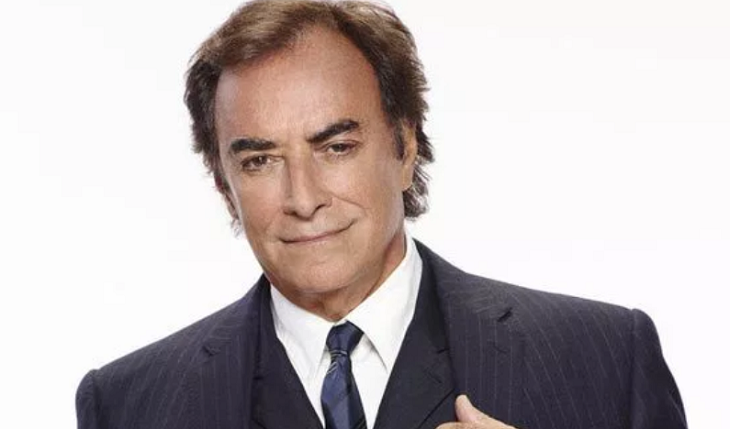 Days of Our Lives spoilers tease that one of the DiMera brothers, Andre or Tony (Thaao Penghlis) is coming back to Salem in July, but which one? We know that Anna DiMera (Leann Hunley) will be coming too, and she was married to both brothers, so that’s not a good clue.

She was also married to Roman Brady (Josh Taylor) and is Carrie Brady’s (Christie Clark) mother. Carrie is expected to make an appearance in the next few months as well. So who will return –  Andre, or Tony?

Days of Our Lives viewers will recall that the last return from the dead, other than Nicole Walker (Adrienne Zucker) who is actually Kristen DiMera (Stacy Haiduk) in a mask, was Jack Deveraux (Matthew Ashford). 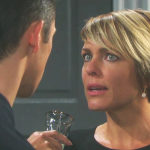 Days Of Our Lives Spoilers – There Have Been Clues

Jack and who Days of Our Lives viewers thought was Nicole, who presumably had died in a warehouse made into a clinic in Nashville when it exploded, could provide an important clue as to who’s coming.

There were seven Salemites previously presumed dead at that time as well, including Dr. Rolf himself, which the “W.R” might stand for. Sami found EJ in the room marked “E.D.”, which led to Days of Our Lives viewer speculation that “J.D.” must have been Jack Deveraux when he returned with Eve Donovan (Kassie DePaiva) in January 2019.

Days Of Our Lives Spoilers – Will It Be Andre DiMera?

There are also rumors of the return of Vivian Alamain, now assumed to be played by Robin Strasser. “S.D” could either be Shane Donovan (Charles Shaughnessy) or a recast Stefano DiMera, since original portrayer Joe Mascolo passed away in real life.

If Days of Our Lives writers go by this pattern, with Jack Deveraux having been the first to come back from the dead, presumably having been rescued from the burning warehouse by Xander Cook Kiriakis (Paul Telfer) who had brought him to Eve, than “A.D.” might stand for Andre DiMera.

When Thaao Penghlis returns, even if he appears to be Tony, he might be Andre impersonating Tony yet again! Stay tuned to Days of Our Lives and keep checking Days of Our Lives spoilers frequently for all the latest news, updates and developments!