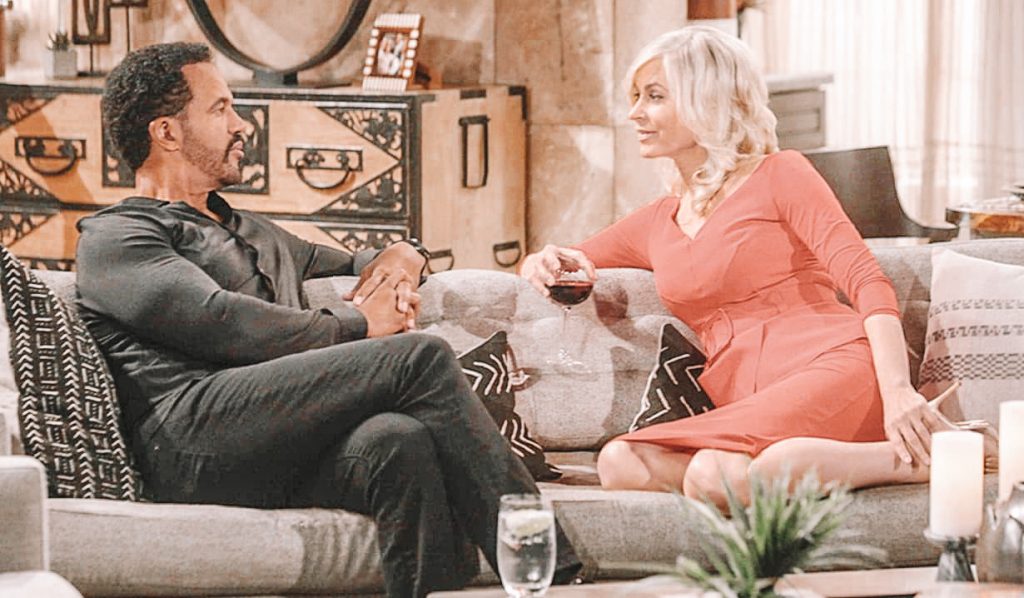 Neil (Kristoff St. John) is falling in love with Ashley (Eileen Davidson) on ‘The Young and the Restless’. However, Davidson’s cast exit has created an important question. How can this relationship develop if Ashley is leaving Genoa City?

The Winters’ family was thrown into chaos in recent months due to Hilary’s (Mishael Morgan) death due to injuries suffered in a car accident, which resulted in Lily (Christel Khalil) being incarcerated for a year. That stunner created brief strife with Devon (Bryton James), was coupled with Sofia’s (Julia Pace Mitchell) health crisis, and necessitated that Neil care for Moses (Dax Randall) for a handful of weeks off-screen.

We think Neil and Ashley are… #YR pic.twitter.com/47jHOylKJz

Plot points noted in the above paragraph have been nicely offset by Neil and Ashley starting to revisit their romance, as they had done in years past. If Y&R keeps Ashley around, via a current of near-term recast, then ‘Nashley’ easily happens.

Teasers project Ashley being forced to depart this fictional Wisconsin town because of Jack’s (Peter Bergman) paternity reveal. It appears as though she manipulated various matters related to this storyline that’s been stretched since the spring. Resulting fallout will push Ashley out of the Jabot Chief Executive Officer’s chair that she temporarily regains.

Davidson is not the only actor to have portrayed her character. However, she did initially embody Ashley and has played her for long periods since the mid-1980’s. Longtime viewers recall that Miss Abbott endured a real paternity shock back then, as Dina (Marla Adams) divulged Brent Davis (Bert Kramer) was her biological father.

A recast would allow the character most recently played by Davidson and the character St. John has portrayed since 1991, to be deepened. Ashley and Neil have recently been written as work-first personas who also play off their family’s dramas.

By reestablishing ‘Nashley’, Y&R would allow Neil and Ashley to occupy a more rounded and prominent part of the show. The age range of both characters is one that many in the audience can relate to. Furthering this particular couple would add to the younger GC generation’s current pursuits.

The Bold and the Beautiful Star Courtney Hope Has A New Exciting Role!