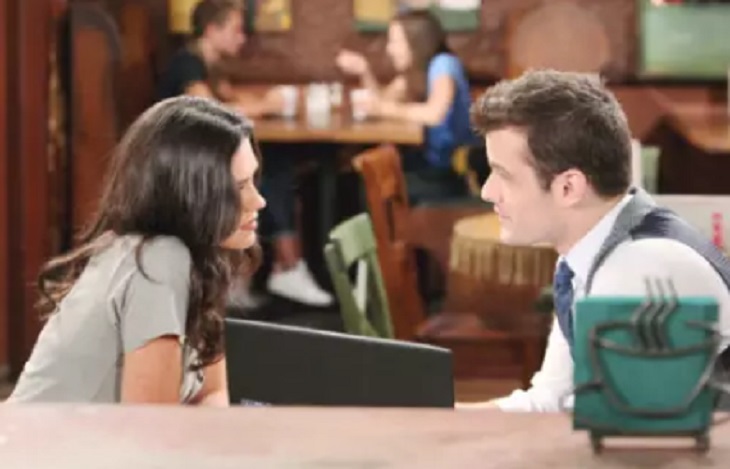 Kyle (Michael Mealor) is head over heels for Lola (Sasha Calle) on ‘The Young and the Restless’. But Miss Rosales needs to make her feelings clear this week and that could put Summer (Hunter King) back in the game.

Victor (Eric Braeden) will make a Singapore-based job offer to his granddaughter that she’ll initially accept. So, viewers will need to keep watching to see if King is actually making another cast exit in order to return to recording her nighttime gig, ‘Life In Pieces’, or to pursue another project. Even if that proves true, Kyle could find himself with more Summer trouble before she goes.

While Kyle is sincere about Lola, he’ll need to check himself. Summer has sent so many mixed signals since she returned to Genoa City that the young Mr. Abbott rightly gave her the brush-off the day he saw Lola’s wonderful face.

‘Syle’ was not dysfunctional when Lachlan Buchanan embodied the role Mealor currently fills. The recast version of Kyle tried to put road blocks up before Summer ran over him. Sadly, she persisted and he caved.

Kyle’s later admission that he still had feelings for Summer was thrown back in his face as the ‘Silly’ drama played out. With Billy (Jason Thompson) having wronged her, Summer is trying to rebound to Kyle.

Fans of ‘Kola’ are hoping that Lola finds a way to express her expectations to Kyle, while Mealor’s character keeps Summer at bay. He can likely develop a full connection with Lola over time, which would certainly be better than whatever Miss Newman plans to offer.

Plus, Kyle must realize that he could easily be Summer’s momentary choice until a perceived better guy catches her ever-shifting gaze.