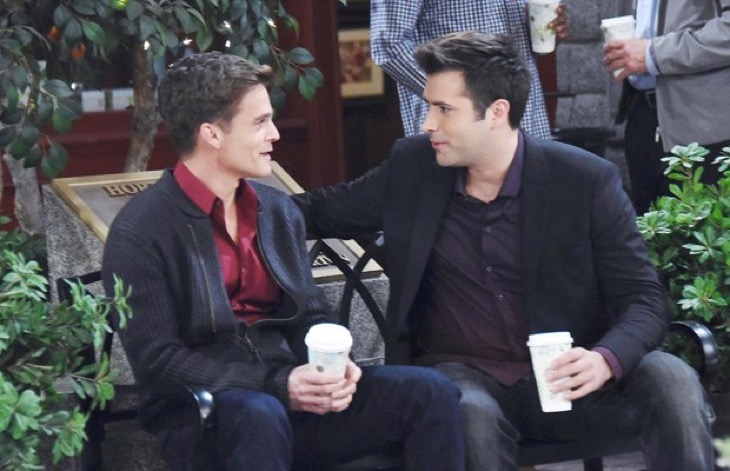 Soap opera star Greg Rikaart scored a contract with Days of Our Lives (DOOL) portraying Leo Stark, the con man that Will (Chandler Massey) and Sonny (Freddie Smith) believed they “accidentally” murdered in July. With his contract’s ink barely dry, the Young and the Restless fans are left wondering where this new deal will leave Kevin Fisher’s fate?

This week on Days of Our Lives, Leo will return to shock Sonny and Will. They will not understand how he could be alive. He will explain his amazing story of survival and recuperation. And, when it’s all said and done, Leo will show them that he holds the cards. It sounds like his plan is to drive a wedge between Sonny and Will, by making Will marry him. We’ll have to see how that plays out this week.

With Rikaart on contract with NBC”s soap DOOL, what does that mean for the lovable Kevin? The last time he was seen on Y&R, he helped Nikki (Melody Thomas Scott) steal millions from Victor (Eric Braeden). He hurried out of town before Victor could find out his role.

Y&R fans greatly miss Kevin on the show. In fact, many of them feel like the show has gone downhill since his departure. They could have done so much more with his character, but instead, executive producer/writer Mal Young decided to focus on newer characters.

Greg noted on social media that he is always up for a return to Genoa City if they need him. He said he spent so much of his life playing Kevin that it feels like home portraying him. With Chloe (Elizabeth Hendrickson) off the show as well, it is unlikely he would return. However, they may surprise the fans as the spoilers suggest the Baldwins will be getting a major storyline soon. Will that storyline include Kevin? Time will tell.

Soap fans, would you like to see Kevin return to Genoa City? Don’t forget to come back for more soap spoilers, news, and casting updates!