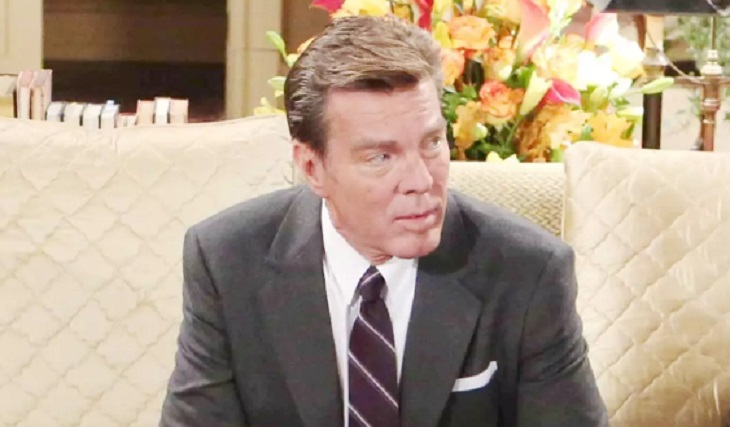 Jack (Peter Bergman) has often played the drama king on ‘The Young and the Restless’. In many instances, he’s been unjustified. But current circumstances fully support his choice to remain isolated.

Learning that John (Jerry Douglas) isn’t his father was understandably crushing. Having Dina (Marla Adams) think he was the hired help, who was stealing her husband’s liquor earlier this week proved to be too much. Jack’s Alzheimer’s afflicted mother told him to leave the Abbott house and he took that as a sign to move forward.

Sitting at the Genoa City Athletic Club swilling a drink, that wasn’t John’s, confirmed the location where Jack had temporarily relocated. Kyle (Michael Mealor) and Traci (Beth Maitland), in particular, pleaded with him to return to a place Jack called home forever. But no, he’s committed to rebalancing his mind and finding answers. Can’t blame the guy, really.

Whether Y&R is leading viewers on a false adventure remains unknowable. Tenured fans recall when Jill (Jess Walton) came to believe the unthinkable, that Katherine (played by the late, great Jeanne Cooper) was her mother. The ‘Grande Dame’ believed it too, but later evidence restored the original order.

So is John actually not Jack’s biological father? That answer is mired in circumstance evidence at present. Testing Jack’s DNA sample against Traci’s and then against Billy’s (Jason Thompson) only proves that Jack apparently isn’t related to either of them.

Is there some bit of John around somewhere so the only legitimate test possible can be conducted? Jack and all connected characters aren’t asking that question in order to allow this storyline to play out. That, in and of itself, is suspicious. However, said speculation hardly rules out John actually being another man’s son.

Devoted daytime viewers, like Jack himself, don’t actually know what the truth is as the vacation season gets set to officially begin. Hopefully, Jack will fully confirm his identity during the summer, or by Labor Day weekend at the latest.