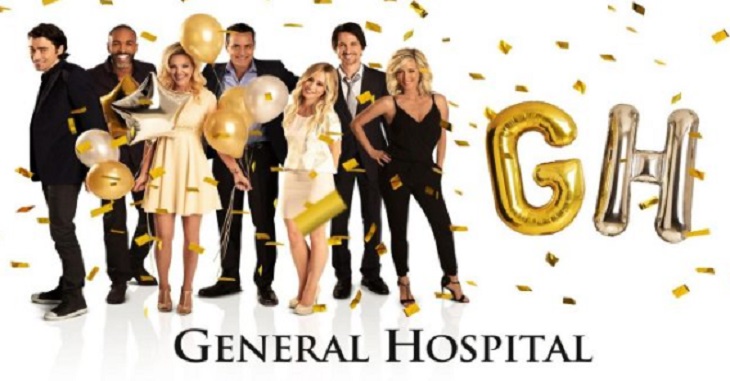 Bigger Is Not Always Better

General Hospital has a huge cast but in the eyes of some fans, bigger is not always better.  In recent months we have seen storylines that drag on and honestly make no sense at all.  Part of the reason is the actual size of the cast trying to give everyone airtime is actually causing more harm than good.  As a result, we have less than stellar writing, stories that are dropped or dragged out for months and no fan pay off.  There is an old saying that “too many cooks spoil the pot”, the same can be said for too many actors spoiling the show.

This story has Nelle, Carly, Sonny, Monica, Jason, Brad, Lucas, Joss, Olivia and Spinelli all tangled up in one.  This story has gone on for months and is still dragging on.  This is also not the type of umbrella story that people really want to see.

Sam Confused About Her Feelings

Again we have Sam, Drew, Jason, Carly, Spinelli, Curtis, Peter, and Maxie involved, why?  First off, Samantha McCall Morgan would never be confused when it came to Jason.  Sam has been written so out of character because of these writers that she has been unrecognizable for years now.  Honestly, Maxie should have just looked and Sam and pointed out what a miracle is it to have Jason back and how Sam should hold on for dear life.  Why again do we need all these unnecessary people in this story?

We have Sonny, Carly, Mike, Avery, Michael, Dante, Jason, Liz, Stella, Griffin and Ava.  The family should be involved but to have Ava in the middle using it against Sonny, totally pathetic.  This story should be about Mike and Sonny reconnecting before Mike’s fate is decided, not about a custody battle.

Drew Not Being Jason

Well most of us figured that out in 2014 when he arrived in town.  Yet we have almost every character onscreen tangled up in this.  Why didn’t we have people pointing out differences all long instead of just those close to Jason who wanted to believe?  Jason Morgan’s friends would have known better DNA or Not. Carly’s doctor friend being involved in the lie would have made a better story.

This story has been about everyone BUT Jason.  Why do we not have Jason reconnecting with his friends and family without all this Faison shooting Nathan and finding the traitor.  Why has this one story dragged out over 9 months and still we have no pay off.

Too Many Favorites Are Reoccurring

With a cast as big as General Hospital’s there are entirely too many actors on reoccurring status and who are totally under used. The Nurse’s Ball just ended and we had no Haunted Starlettes, No Magic Milo , No Ned, No Emma, I mean come on.  Whether TPTB know it or not we do have our favors and we have acts that we want to see, yet we get ignored.

And What About The Kids

Why is it like GH only has certain kids on staff and don’t show the other?  Danny’s birthday has been ignored for year which is totally pathetic.  Jasam fans deserve the payoff of Danny being with his parents for his birthday.  This is his first opportunity since birth to have his family together and we have waited years for this.

Why Is The Cast Not Used In A More Productive Way

Why are fans subjected to every character under the sun except those we want to see in storylines that entertain us?  Common sense would show that if the ratings are dropping then people aren’t watching.  Viewers are obviously not happy and some of us want to see our faves that are rarely ever on.

The Young and the Restless (YR) Spoilers: Nick’s Plan To Leave With Sharon Deepens Shick’s Bond