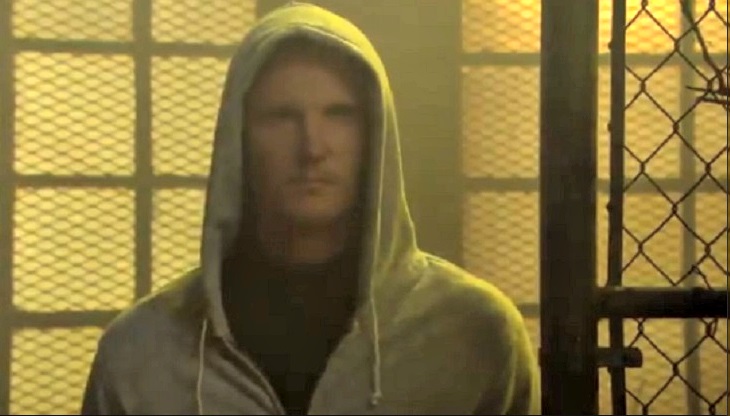 J.T. (Thad Luckinbill) isn’t afraid of Victor (Eric Braeden) on ‘The Young and the Restless’. He wanted a face-off and now it’s happened.

Victor hasn’t even considered how J.T. could possibly be alive. Unlike Vickie (Amelia Heinle), Nikki (Melody Thomas), Phyllis (Gina Tognoni), Sharon (Sharon Case), and Y&R’s viewers, the ‘Moustache’ knows nothing about what took place in the spring.

Nikki used a metal fireplace poker, similar to the one Nick (Joshua Morrow) grabbed when he thought J.T. was at the front door of the cottage last week, and hit Luckinbill’s character over the back of his head. J.T. was knocked out, had no detectable pulse, and appeared to be dead.

It’s the moment you’ve been waiting for! Here’s a sneak peek at tomorrow’s Friday the 13th showdown between Victor and J.T. #YR pic.twitter.com/8ZMKqMX0en

The aptly named coverup crew, which included the aforementioned four ladies, then rolled J.T.’s body into a rug. That happened due to Phyllis’ urging that he be disposed of, rather than simply reporting what was a self-defense accident incident to the Genoa City Police Department. The quartet then transported J.T. to Chancellor Park and threw his rugged body into an open plot of land that Nikki knew was available.

Desecrating Katherine’s (Jeanne Cooper) memorial area, in the center of town no less, was another part of this storyline that seemed to be a stretch. Questions about Luckinbill’s character having gone off the rails months before were answered by dialogue that suggested J.T. wasn’t happy with his career path, which then led to his split from Mackenzie (Kelly Kruger).

J.T.’s most unseen backstory was necessary in order to give some plausibility to the character’s devolution that played out. But his seeming resurrection pushes suspension of disbelief to an even greater level.

Y&R has surely enabled Luckinbill’s welcomed return to the cast in order to provide a satisfying storyline solution. Whether this solid actor was actually playing J.T. from December through the spring, is playing him now, or (was) is embodying an alternative character will soon be known. The meeting with Victor begins the reveal process.