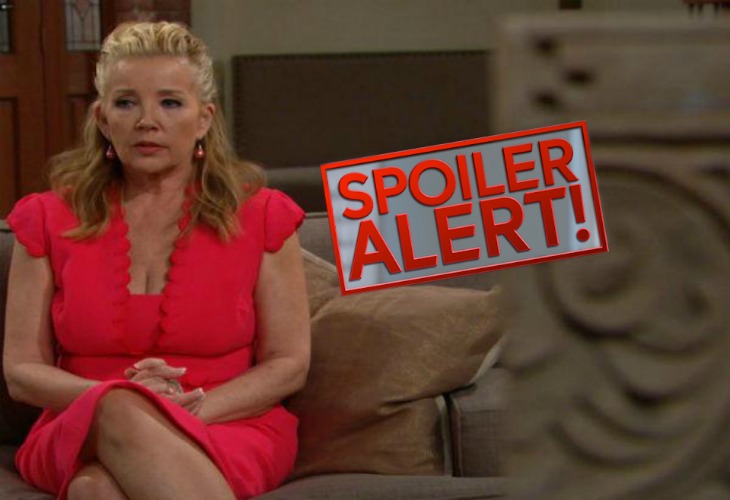 Nikki (Melody Thomas Scott) is right to be panicked on ‘The Young and the Restless’. She and the audience thought it impossible that J.T. (Thad Luckinbill) could ever report her actions to the authorities. But Mr. Hellstrom appears to be undead.

The setup was building for awhile. J.T. returned to Genoa City and, at first, seemed to be the man he’d always been. Likeable, easy-going, and pro-family. But Luckinbill’s strong performance combined with creative script choices enabled a character transformation that proved dramatic.

The eventually revealed storyline had J.T. descending into bitterness during the years he’d been away from this fictional Wisconsin town. Mackenzie’s (Kelly Kruger) return and personal divulge confirmed that she’d sought a divorce because J.T.’s behavior was unsustainable within their marriage.

J.T. and Vickie’s (Amelia Heinle) quickie reunion felt rushed. That proved to be true because of J.T.’s desire to reestablish his former life and Vickie’s hope to reform their family.

The throat-grab Vickie experienced was later followed by J.T. fighting Victor (Eric Braeden) at the Ranch and leaving him for dead. J.T. later turned off a support system at Genoa City Memorial Hospital, but was again unable to kill off the ‘Moustache’.

It’s the moment you’ve been waiting for! Here’s a sneak peek at tomorrow’s Friday the 13th showdown between Victor and J.T. #YR pic.twitter.com/8ZMKqMX0en

Nikki, Phyllis (Gina Tognoni), Sharon (Sharon Case), and Mariah (Camryn Grimes) were all present at Vickie’s house the night J.T. made what seemed to be his final apology and plea for ‘J.T.V.’s’ (J.T. plus Vickie) survival.

With Mariah asleep in a downstairs room, Nikki, Phyllis, and Sharon heard loud voices upstairs. Nikki entered Vickie’s bedroom first and saw J.T. aggressively near her daughter. Scott’s character picked up a metal poker and whacked J.T. on the back of his head.

J.T. appeared to be dead and was taken in a rug by Nikki, Vickie, Phyllis, and Sharon to Chancellor Park. He was dumped in a makeshift grave and covered with pounds of dirt. No human being could have lived after that. But apparently Luckinbill’s character did, or did he?

The appearance of a man on Newman surveillance footage who looked like J.T., along with threatening voice mail messages left for Vickie, the forwarding of sensitive Newman documents that corresponded with J.T.’s tenure of employment, threatening texts to Victor and most eerily, the presence of whoever that was outside of the cottage makes the unbelievable possible. All developments make Nikki believe that J.T. is alive and will report his attempted murder, or will attempt to do much worse.

The Bold and the Beautiful Thorne’s Daughter Aly Headed Back? Ashlyn Pearce Dishes