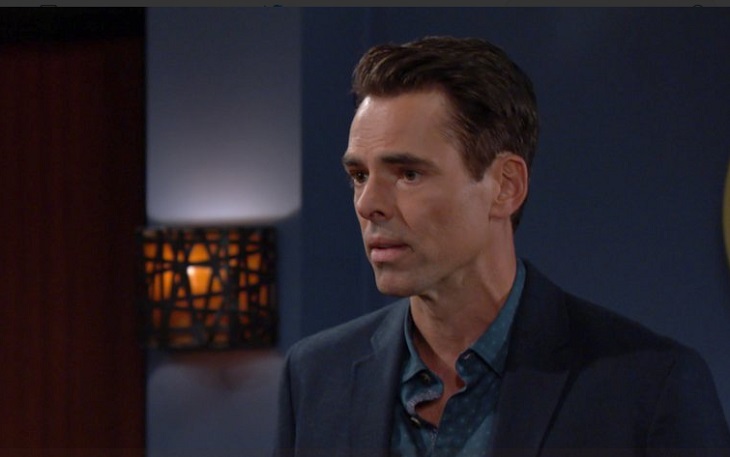 The Young and the Restless” spoilers for Wednesday, October 17, tease that Jack (Peter Bergman) will have a chat with Dina (Marla Adams). At the Abbott mansion, Jack clarifies that John (Jerry Douglas) is his father after all. Dina’s confused about whether or not she knew that. She needs Jack to remind her who he is, so this is obviously a pointless task.

Jack’s next task turns out to be pretty pointless, too. He gathers most of the family for breakfast and pushes for peace, but Ashley comes down and grumbles about being excluded. Abby (Melissa Ordway) and Billy (Jason Thompson) get apologies, but Ash refuses to back down on what she did to Jack.

Ashley still isn’t sorry, so Traci (Beth Maitland) contends that she’s disappointed in her. For what it’s worth, Ashley’s disappointed in Traci as well. Kyle (Michael Mealor) also corners Billy (Jason Thompson) and brings up the Summer (Hunter King) hookup. He suggests that she thinks there’s more going on, so Billy needs to let her down gently.

Afterward, Jack scolds Kyle for targeting Billy and feeding his gambling addiction. Kyle’s apologetic and hopes to earn Billy’s forgiveness. At Crimson Lights, Mariah (Camryn Grimes) greets Tessa (Cait Fairbanks) and hands over a necklace as a gift. They talk briefly about the people Tessa owes money to. She reveals that she’s about to make another payment, but it’ll probably be a year before she’s finished.

Mariah notices how odd things are between Sharon and Phyllis and how they are so welcoming with each other and if she is so friendly with her and Rey, why did Sharon practically yank her away from the table. Sharon tells Rey that she forced Mariah to go to Victoria’s (Amelia Heinle) place that night and the only blessing was that Mariah passed out before JT showed up that night. Rey says Mariah is strong and she should have witnessed Mariah interrogating him.

At the Abbott house, Ashley comes home to see everyone discussing what is best for Dina; Ashley says it is best for her to move out as she is the source of the tension and she can’t stay where she isn’t wanted.

Billy tells Summer he has tries to be reasonable, but she isn’t getting it so he will be blunt. He has no romantic interest in her. Phyllis barges in on their conversation, asking what is going on. Billy says, “I was just telling Summer the only reason why I slept with her was knowing what it would do to you when you found out! There you go, now you know!”

The Young and the Restless airs weekdays on the CBS network. Check your local listings for times. In the meantime, drop us a line with your thoughts in our comments section below. And as always, don’t forget to check back with Celebrating the Soaps for all the latest news, updates and spoilers on The Young and the Restless and all of your favorite daytime television shows right here!

The Bold and the Beautiful RECAP Tuesday, October 16: Brooke Begs Ridge For Forgiveness