The Young and the Restless RECAP Tuesday, October 16: Ashley Ousted From Jabot 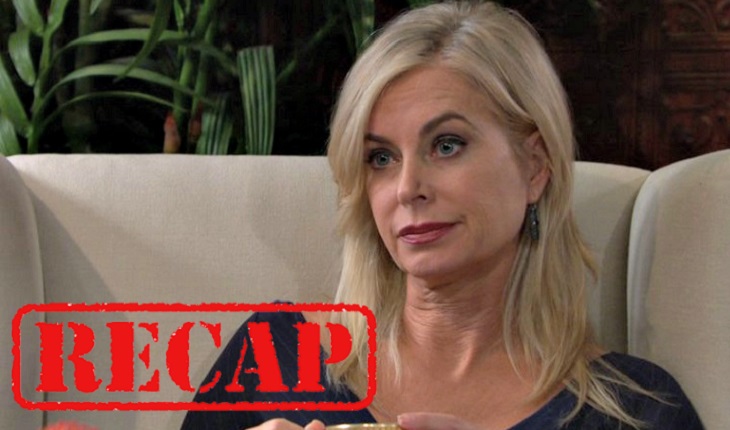 “The Young and the Restless” (YR) recap for Tuesday, October 16, 2018 reveals that over at Jabot, Jack Abbott (Peter Bergman) let’s Ted know that he was the one who put the chair through the glass. Then he asks Ted to call the board to meet at the Athletic Club.

At the Abbott mansion, Ashley Abbott (Eileen Davidson) tells Abby Newman (Melissa Ordway) and Traci Abbott (Beth Maitland) that Jack Abbott is out of control. Traci demands answers from Ashley. Abby can not believe that her mom would hurt Jack the way she did. Ashley complains that they never confronted Jack when he used the blood Abbott clause against her.

Ashley says her own brother does not see her as an equal. Traci argues that Ashley has given up her principle and integrity. Ashley does not care. Traci sees zero remorse from Ashley and Ashley confirms she has no regrets.

Over at Crimson Lights, Tessa Porter (Cait Fairbanks) chats with Arturo Rosales (Jason Canela) and Lola Rosales (Sasha Calle) about her Cuban coffee. Lola shows her how to make it. Lola agrees to give Tessa some more pointers. Arturo gets paged to go to Jabot and he teases Lola that he may have a chat with Kyle Abbott (Michael Mealor) while there.

At the Athletic Club, Sharon McAvoy (Sharon Case) is upset that Nikki Newman (Melody Thomas Scott) and Victoria Newman (Amelia Heinle) walked out on her. Sharon wants them to reconsider paying the blackmailer and gives some points why they should. After debating, Nikki Newman decides to pay. Nikki gets on the laptop and pays the blackmailer $1 to send a message that they are not intimidated.

Life changes forever for the Abbotts today on #YR. pic.twitter.com/wydCHK2iBY

Kyle Abbott arrives at Jabot and asks his dad if he wants to get a drink. Jack Abbott holds some of the guilt as to what happened, but Kyle reminds him Ashley Abbott is a snake. Billy Abbott (Jason Thompson) appears and wonders what had happened. Once updated, Billy is furious with Ashley’s actions.

Jack And Kyle Fill Billy In On What Ashley Did

Billy now thinks Ashley is the one who set him up to gamble, but Kyle ends up admitting it was him. Billy lunges at Kyle, but Jack holds them apart. As they are fighting Arturo Rosales arrives out in the hall and chats with Ted about replacing the window. Ted let’s Jack know the meeting is set without Ashley.

Ashley then asks, “Without the CEO?” Abby tells her mother what she did was wrong and Traci tells Ashley there was a unanimous vote to remove her as CEO. And that’s a wrap. Don’t forget to check often with Soap Opera Spy for all your soap needs!