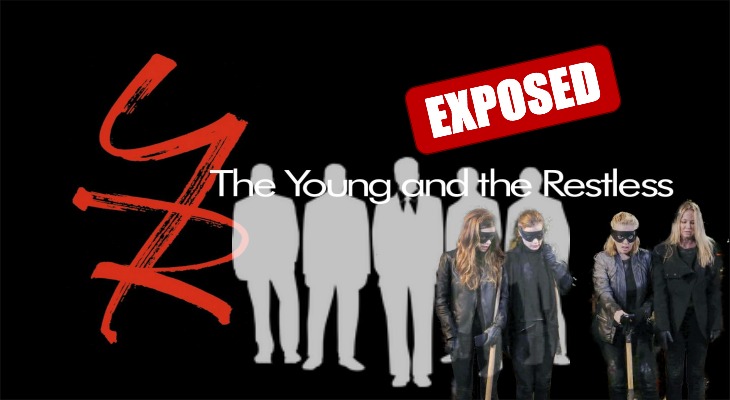 The Young and the Restless spoilers indicate that the blackmailer’s identity is about to be exposed and it’s someone very close to the women.

The JT (Thad Luckinbill) storyline appears to be coming to a close soon, or at least that’s what Y&R fans hope. With a mysterious person blackmailing the women, they’re fretting about their secret being exposed and are going to great lengths to make sure they don’t get caught.

While the women are taking action to keep JT’s murder a secret, fans are wondering who is behind the blackmail.

One Name That Has Come Up is Tessa (Cait Fairbanks).

It’s known that Tessa is in need of money to help her sister Crystal (Morgan Obenreder) escape dangerous men. After failing to get the money from Devon (Bryton James), Tessa went to work at the coffee house in hopes of earning enough to pay the men.

But Has She Found a New Scheme to Get The Money?

Since the women talk about JT’s murder in public, it’s possible that Tess could’ve overheard their conversation and decided to use it to help her financial situation.

Fans have wondered about Tessa’s story ever since she came back to Genoa City. They wondered if her sister was really in danger or if she’s just conning people out of money. Given that Tessa is in need of money and someone is blackmailing the women, it’s obvious that she’s a suspect for the mysterious blackmailer.

Cait Fairbanks on if Tessa is still holding back. #Teriah #YR pic.twitter.com/HSHrgP712G

But would Tessa be willing to go through this knowing it’d break Mariah’s (Camryn Grimes) heart. The two women just repaired their relationship not too long ago. Mariah has had trust issues with Tessa in the past, but found it in her heart to forgive Tessa.

Upcoming spoilers say that Mariah’s world is about to be rocked, and odds are it’ll have something to do with Tessa. Could Mariah learn that Tessa is behind the blackmail? If so, what will Mariah do?