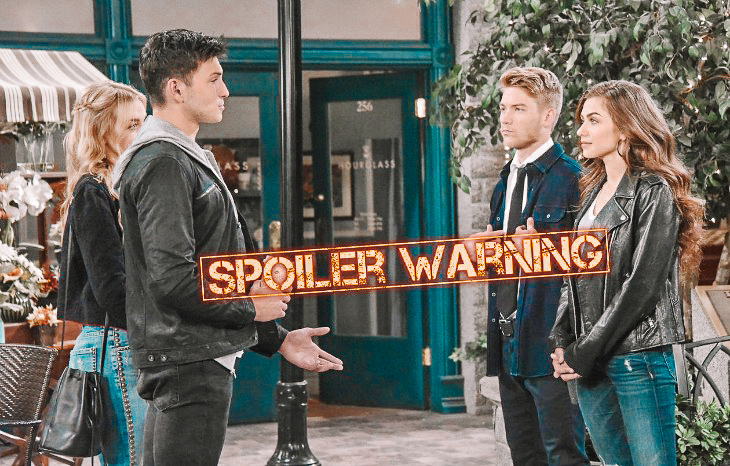 “Days of Our Lives” spoilers for the week of November 5-9 tease that love will get complicated in Salem! For starters, let’s talk about Ben (Robert Scott Wilson) and his reformed heart. He was once the most sinister guy in Salem, but things are different now thanks to therapy and medication.

Ben’s time as a serial killer is behind him, but Ciara’s (Victoria Konefal) the only one who can really look past what he’s done. That’s a big part of why he’s fallen for her. Ciara believed in Ben when nobody else would and not much has changed. She’s still rooting for him to rebuild his life and be a better man. Ciara’s faith in Ben means the world to him, so he’ll let her in on a secret soon.

DOOL fans can expect Ben to confess his feelings. He’ll understand that Ciara’s with Tripp (Lucas Adams), so he may promise not to get in the way. Still, Ben will think this is something Ciara needs to know. He cares her on a deep level, so Ben may not see the harm in sharing that.

Of course, it turns out Tripp planted the evidence against Ben. When that shocker inevitably comes out, Ciara should dump Tripp in a flash! That could set up Ben and Ciara’s eventual romance, which will come with its own set of challenges.

Day 24: Favorite Character(s)
When I was growing up, even before I became a bonafide fan of Days, these two were the constant, familiar faces on the show. Now, they are the King and Queen of Salem, John and Marlena. #Jarlena #DAYS #30DaysofDays #Days53 #DOOL pic.twitter.com/j8MMbjMwUh

“Days of Our Lives” spoilers say John (Drake Hogestyn) and Marlena (Deidre Hall) will wed this week. That’s right. No returning villains, drugged daughters or gunshots will derail this attempt! Marlena and John will have a small ceremony with only their closest loved ones. “Jarlena” fans definitely won’t want to miss their sweet vows.

While Marlena and John tie the knot, Rex (Kyle Lowder) and Sarah (Linsey Godfrey) engagement will fall apart. “Days of Our Lives” spoilers say the truth about Mimi (Farah Fath) and Rex’s baby will come out. Rex will be thrilled to hold his little girl for the first time. He won’t be as thrilled about his raging fiancée. After Sarah blasts Rex for knocking up his ex, she’ll walk out on the bash at Doug’s Place.

Afterward, Sarah will sob as she shares her pain with Maggie (Suzanne Rogers). She’ll insist that Rex broke her heart and now she wants to break his face. “Days” spoilers say Sarah won’t go that far, but she’ll at least give Rex a good slap before the week’s over. She’ll finish off this phase of the storyline by officially dumping him.

It sounds like some can’t-miss episodes are coming up. We’ll give you updates as other “Days” news and rumors emerge. Stick with DOOL and don’t forget to check Soap Opera Spy often for the latest “Days of Our Lives” spoilers, rumors, updates and news.