The Young And The Restless Spoilers: Nick And Phyllis Hit The Sheets, Sharon Devastated 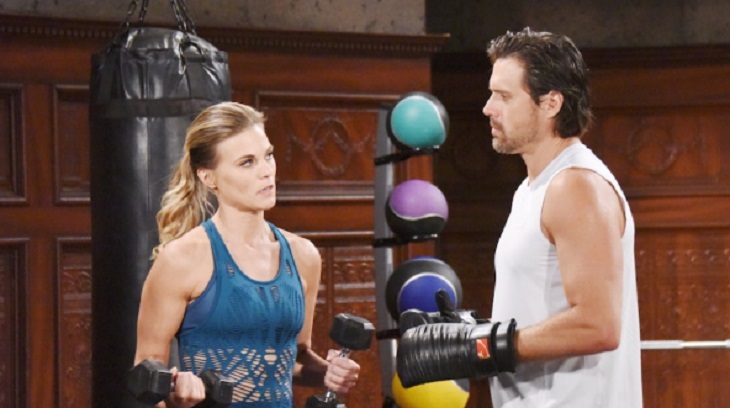 The Young and the Restless (Y&R) spoilers tease that intense drama is ahead for Nick (Joshua Morrow), Phyllis (Gina Tognoni), and Sharon (Sharon Case). For longtime viewers, the storyline may seem like a replay of what happened years ago. Mal Young urges the fans to give it a chance because it will end much differently.

Nick and Phyllis Hit the Sheets—Again

While Nick is working late, Phyllis stops by with food. She wants to see if he is doing okay and how things are doing with Sharon. The Young and the Restless spoilers state that Nick will mention how both of their relationships are not doing so well. Sharon told him things are over and her whole situation with Billy (Jason Thompson).

Phyllis will rant that Sharon should forgive him. She doesn’t understand how Sharon can be so unsupportive and unforgiving. While Nick agrees with her, he said he must respect Sharon’s decision. Nick leans in to kiss her and one thing leads to another—bam—they have sex again.

Nick cannot believe they let this happen again. They had decided not to act on their feelings for each other, but it’s clear they cannot stop themselves. Phyllis suggests a “friends with benefits” type relationship, with no commitment. Will Nick agree to that?

It wouldn’t be a soap opera if Sharon did not find out about Nick and Phyllis’ encounter. While the Y&R spoilers do not say how she finds out, it’s clear she does. She will be devastated, and it will likely close the door on any relationship between them in the future.

Nick will have some explaining to do. Perhaps, Sharon will not bring it up to him at all. We’ll have to wait to see how it all pans out over the next few weeks. Don’t forget to come back later for more Y&R spoilers, news, and updates!