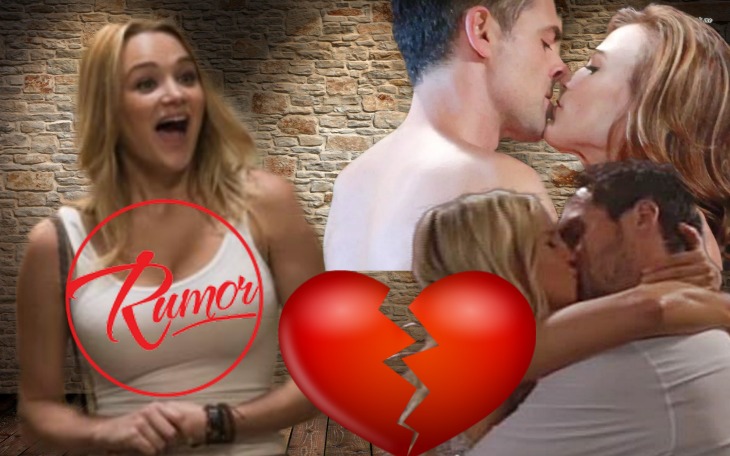 The Young and the Restless rumors indicate that Summer (Hunter King) is about to stir up more trouble for her mother Phyllis (Gina Tognoni) when she reveals Phyllis and Nick’s affair.

Since returning to Genoa City, Summer has done nothing but cause problems for her mother. It appears that Summer is jealous of Phyllis and Billy’s (Jason Thompson) relationship, and is trying to drive a wedge between the couple.

Summer’s plan succeeded when she lured Billy back to gambling. When Phyllis learned of Billy’s deceit, she broke up with him. While the couple was on a break, Phyllis sought comfort from her ex-husband Nick (Josh Morrow). However, their night of playing video games ended with the couple in bed together. After their tryst, the couple decided to keep it a secret, and soon Phyllis decided to give Billy another chance.

However, Philly’s reunion may be short-lived if Summer has anything to say about it. During a talk with Kyle (Michael Mealor), Summer learned that her mother was with another man during her brief separation from Billy.

Using this new tidbit of information, Summer will try to determine her mother’s mystery man and in the process destroy the lives of two couples.

RT if you love seeing these two happy together. 💕 #YR pic.twitter.com/2vALK0Z0kX

Not only will Summer succeed in her plan to finally break up Phyllis and Billy, but she will also contribute to Nick and Sharon’s (Sharon Case) split as well. Plus, this will add more tension to the newly formed feud between Billy and Nick. Also, Sharon and Phyllis will no doubt have their longstanding rivalry renewed.

But the biggest damage is going to be Summer’s relationship with her parents. Phyllis and Summer’s bond is already on thin ice, and this betrayal could finally end their relationship for good. Also, Nick’s not going to be happy with his daughter revealing his secret, and this is sure to cause problems with them too.

It’s only a matter of time before Phyllis and Nick’s tryst is discovered, and Summer may be the one to expose the truth and cause more drama in Genoa City.