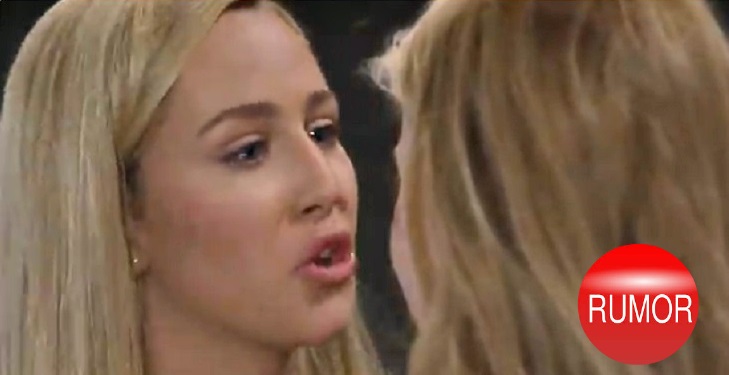 Josslyn already knows that Nelle confessed to murdering Zack and caused Carly (Laura Wright) to be put in Ferncliff and tortured. Nelle also tried to have Michael (Chad Duell) killed.

Josslyn blames Nelle for her nephew’s death as well and is not about to let Nelle get away. General Hospital’s Joss is her mother’s child. When Josslyn tells Nelle she messed with the wrong family, she means it.

Nelle turns On The Tears

General Hospital’s Nelle is a master manipulator. Nelle has turned Josslyn against Carly before. Nelle believes Josslyn will side with her against Michael as well. Nelle turns on the tears and tells Josslyn how Michael tricked her.

Nelle tells Josslyn how Michael got in the car and wouldn’t stop. How Michael caused her to lose the baby. Nelle will, of course, apologize for Josslyn not meeting her nephew. Nelle will play on her desire to be an aunt.

Nelle Gets Aggressive With Josslyn

Josslyn doesn’t buy Nelle’s lies anymore. Joss’ mom and her brother are her priority. She is determined to get the truth.

Josslyn rips into Nelle full force telling her she knows everything. Josslyn tells Nelle how she hates what was done to her mother and brother.

Nelle sees Josslyn as her ticket to escape and she needs to move now and plans to use Josslyn as a shield. Nelle grabs Josslyn and tries to drag her away.

Chase (Josh Swickard) has already discovered that Nelle is gone. Chase exits General Hospital just in time to hear the conversation with Josslyn. Chase sees Nelle trying to escape with Josslyn as well. Chase springs into action and recaptures Nelle. Chase cuffs Nelle and tells her he’s finally got her.

Chase turns to Josslyn and asks if she’s okay. Jocelyn tells Chase about Nelle’s admission but that she didn’t get it recorded. Chase tells Josslyn he heard the conversation and will testify in court. Chase assures Josslyn that her mom will be free soon. Nelle is carted off to the PCPD where she belongs.

The Young and the Restless (YR) Spoilers: Nick Loves Sharon, But Remains Intrigued By Phyllis