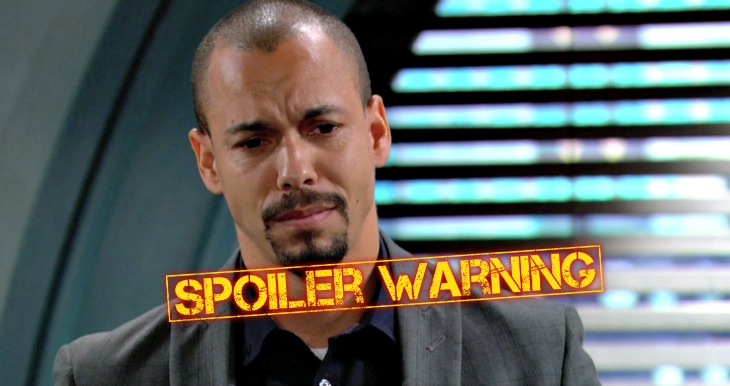 “The Young and the Restless” spoilers for Friday, August 3, tease that the cover-up gang will have another chat. At Crimson Lights, Phyllis (Gina Tognoni) meets up with Sharon (Sharon Case), Nikki (Melody Thomas Scott) and Victoria (Amelia Heinle). When Billy (Jason Thompson) walks over, they fib about discussing a charity event. Billy quickly scampers off and leaves the ladies to talk.

Everyone notices all the “Philly” tension, so Nikki assumes Phyllis is to blame. They bicker a bit until Paul (Doug Davidson) arrives. He brings up J.T. (Thad Luckinbill) and wonders if he’s been spotted recently. Victoria contends that she would’ve given Paul updates if she knew anything more.

Paul suggests that Victor might’ve made J.T. disappear, so Nikki isn’t too happy. She accuses Paul of caring more about J.T.’s safety than the crimes he’s committed. Paul maintains that he’s only in this for justice. After Paul leaves and the meeting breaks up, Phyllis gets in touch with Nick. He comes over to her apartment for an honest conversation.

Phyllis doesn’t feel like she has anyone else to talk to. She vents about Billy (Jason Thompson) and worries she’s a horrible person. Nick doesn’t think he’s any prize either. He fears he’s going to screw things up with Sharon (Sharon Case), so he gets where Phyllis is coming from. They have a moment that’s both warm and awkward before Nick exits.

RT if you love seeing these two happy together. 💕 #YR pic.twitter.com/2vALK0Z0kX

Later, Nick goes home to Sharon and mentions their nuptials. He’s excited about starting their future together. Phyllis decides to take matters into her own hands with Billy, so she marches in his office. Once Phyllis sits on the desk, she insists on making amends. Billy admits that he was stupid to fight her on this, so they get back together and make out.

At the penthouse, Devon (Bryton James) reassures Shauna (Camryn Hamm) that he wants her around. Hilary (Mishael Morgan) was important to them both, so they need each other right now. Charlie (Noah Alexander Gerry) blows up at Shauna afterward. He’s still angry about the secret spillage, so they have an intense argument.

Devon heads over to Hamilton-Winters and encounters Lily. She wants to discuss their issues, but Devon just rips into her again. Mariah (Camryn Grimes) thinks Devon needs to remove himself from the situation, so she drags him off to the coffeehouse.

After Devon rants, Mariah notes that Lily’s dealing with a lot of guilt. Devon maintains that Lily wanted Hilary gone and got her wish. Mariah ultimately tries offering a hug. There doesn’t seem to be much anyone can do for Devon at this point.

Devon and Mariah eventually head back to Hamilton-Winters. Neil’s (Kristoff St. John) waiting with a list of things they need to do, including sell GC Buzz. He believes the move makes sense. Devon’s outraged that Neil would want to erase Hilary’s memory like that. He insists that the show will go on and Mariah stay as its host.

Lily returns to give apologizing another shot. She points out that she didn’t want Hilary dead. If the situation had turned out differently, Lily could be dead herself. Devon snaps that there’d be more justice in that outcome. He declares that Lily’s going to turn herself in for causing the crash. If she doesn’t, Devon will do it with Shauna by his side.

“The Young and the Restless” spoilers say more family drama’s looming on the CBS soap. We’ll keep you posted as other Y&R news and rumors emerge. Stay tuned to see what’s next in Genoa City.