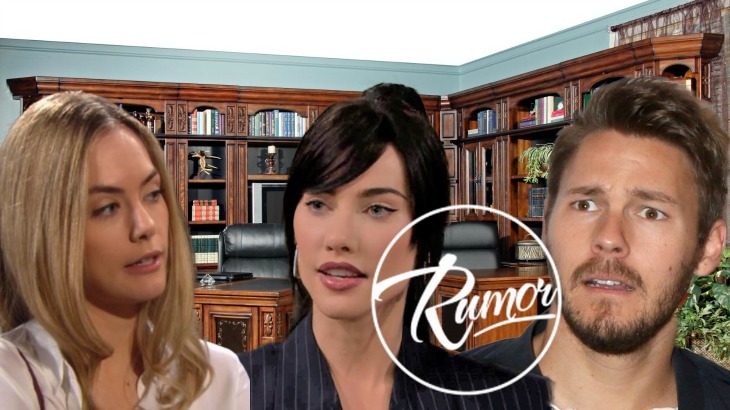 The Bold and the Beautiful rumors indicate that Hope’s (Annika Noelle) days at Forrester Creations may be coming to an end.

The longstanding rivalry between Hope and Steffy (Jacqueline MacInnes Wood) is at an all time high. The two women have fought over the affections of Liam (Scott Clifton), with Steffy coming out the victor most of the time. Yet, Hope’s unexpected pregnancy put a damper on Steffy’s plans to reunite with Liam. The relationship between Steffy and Liam officially came to an end when she walked in on Liam making out with Hope.

Now, that Liam’s broken her heart, Steffy’s seeking a fresh start. Thanks to an alliance with Bill (Don Diamont), Steffy has gained the shares of Forrester Creations, putting her in charge of the company. With Steffy in charge, there’s going to be some changes and one of those could be Hope losing her job.

While Steffy’s anger is mainly directed at Liam, she does feel some resentment towards Hope for interfering in their relationship. Now, that Steffy’s going to be Hope’s boss, things are going to get even tenser for the women.

At the moment, it’s going to be a competition at Forrester Creations with the Hope for the Future line, which is going up against Steffy’s lingerie line. Not only will the two be battling it out on the runway, but also behind the scenes.

It’s no secret that Hope’s not a fan of Steffy’s lingerie line, and she won’t be afraid to voice her concerns. Yet, Hope better be careful because one wrong move could land Hope in the unemployment line. Steffy is showing that she’s a strong, independent woman and she’s not going to take any criticism from Hope. Plus, with Steffy still reeling from her break up with Liam, she’ll find any excuse to fire Hope.

The ongoing feud between Steffy and Hope is sure to create more drama at Forrester Creations, with family members and employees stuck in the middle of their battle.