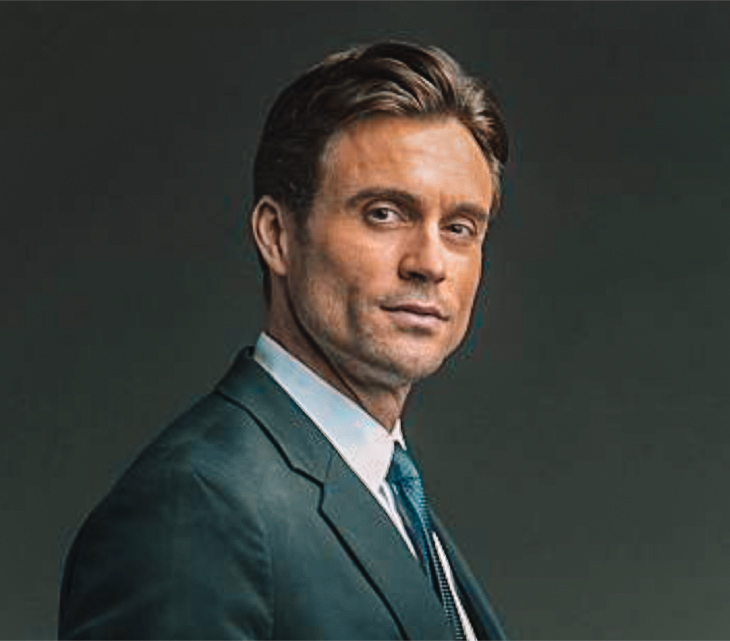 A popular The Young and the Restless star has reported some sad news on his social media accounts. Daniel Goddard, who has portrayed Cane Ashby on Y&R since 2007, took to Instagram, Twitter, and his Facebook page to tell fans about his elderly father’s recent fall.

Daniel’s message reads: “My dad had a really bad fall and is in the hospital…can I please ask you to say a little prayer for him? Thank you so very much.” He also shows a photo of his father in the hospital with several large bruises on his arms and face.

My dad has had a really bad fall and is in the hospital… can I please ask you to say a little prayer for him? 🙏 Thank you so very much. ❤️

Daniel’s parents live in Australia, which is where Daniel is originally from. Daniel frequently posts photos and updates about his life, and he’s posted about his parents before. Just this past August, Daniel tweeted a photo of himself with his parents when he visited them to celebrate his birthday.

As you can imagine, Daniel has received an outpouring of support from his fans, who have responded in droves to his message. Many have identified with his family’s suffering by sharing stories of their own parents’ accidents, and some even wrote short prayers for his father.

Hopefully, we’ll soon see some updates on Daniel’s accounts as his father recovers and improves. Our thoughts are with Daniel’s father and his family.

The Young and The Restless Spoilers: Kyle And Ashley Abbott Go To War