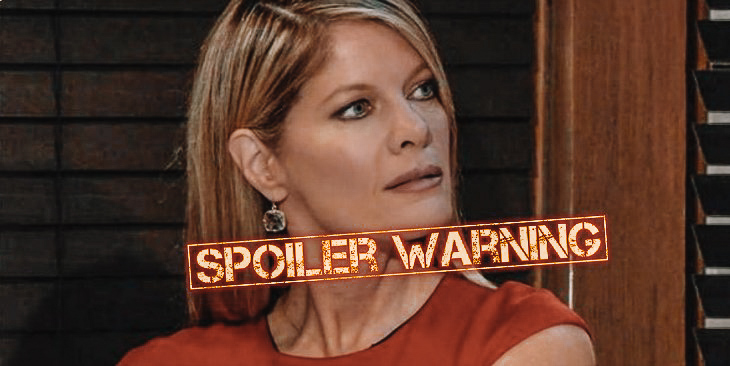 General Hospital (GH) spoilers for the week of Monday, October 1, 2018 through Friday, October 5, 2018 tease that we will have a week filled with paternity results, secret weapons used, and let’s not forget plenty of drama. You will not want to miss a moment of the action!

This week, DNA test will indicate that Sasha Gilmore (Sofia Mattsson) is in fact Nina Reeves Cassadine’s (Michelle Stafford) daughter. Valentin Cassadine (James Patrick Stuart) will waste no time delivering the news to his ex-wife in hopes to get back in her good graces. Nina will not want to get her hopes up to soon and Curtis Ashford (Donnell Turner) will get a second set of DNA tests results that indicate Nina is Sasha’s mother.

Curtis wants to fill Nina in on Sasha sooner rather than later. But does he have the evidence Valentin wants? A brand-new #GH starts RIGHT NOW on ABC! pic.twitter.com/IjV3ZNUCCB

Nina will become more inclined to believe Valentin once she learns he has been working with Curtis. Nina trusts Curtis and knows he has no reason to lie to her. Also the fact that she has two paternity tests saying it’s so also helps. Are you GH fans happy that Nina’s child is actually alive?

Meanwhile, Margaux Dawson (Elizabeth Hendrickson) hopes to convince Drew Cain (Billy Miller) to flip on Sonny Corinthos (Maurice Benard). Margaux will try to get Drew to use his memories as Jason Morgan (Steve Burton) to help her pin the murder of her father on Sonny. Drew has more important things to be worrying about and will not be inclined to help her put Sonny away for something that happened years ago.

Margaux will not give up and she knows that she has an ace up her sleeve which is the flash drive that contains Drew’s memories. The flash drive will be her secret weapon and she is very hopeful that things will go her way. Do you think Drew will help her in return for the flash drive?

For Other Residents of Port Charles …..

For the other residents of Port Charles, Oscar Nero (Garren Stitt) will do his best to keep Drew Cain at arms length. Cameron Spencer (William Lipton) will have to deal with an awkward situation. Kristina Davis (Lexi Ainsworth) will lend a helping hand.

Sam McCall (Kelly Monaco) will be forced to admit her reservations. Sonny Corinthos will put Ava Jerome (Maura West) in her place. Maxie Jones West (Kirsten Storms) will be skeptical. Kim Nero will confront Oscar. As you can see we have a very eventful week coming up, so make sure to stay tuned to ABC’s General Hospital.