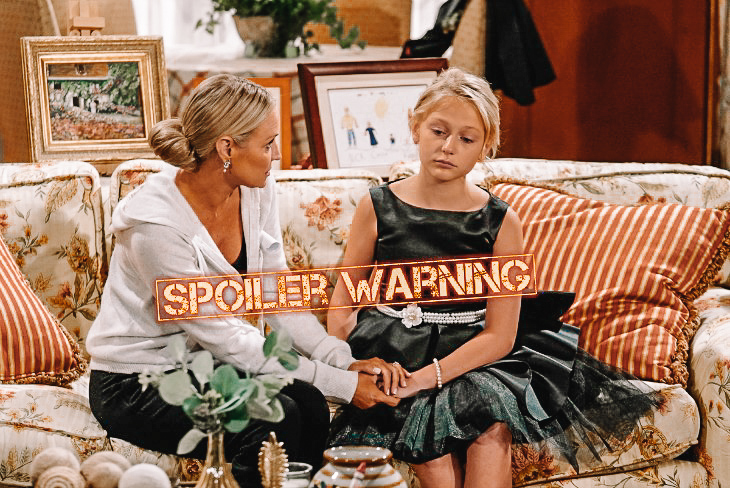 “The Young and the Restless” (YR) spoilers for the week of Monday, October 1, 2018 through Friday, October 5, 2018 tease that “Their wedding awaits but will his past destroy their future.” We have a very explosive week heading our way and you will not want to miss a moment of the action!

In the newest CBS “The Young and the Restless” promo video we see Mariah Copeland (Camryn Grimes) dropping a bombshell on her mother about Nick Newman (Joshua Morrow) and Phyllis Summers’ (Gina Tognoni) night they spent together between the sheets.

So is Mariah really letting the cat out of the bag or perhaps she is just playing out the scenario in her head. There will be a shocking secret revealed this week and this would definitely qualify as a shocker. Sharon McAvoy (Sharon Case) and Nick will face opposition on their wedding day. Mariah will question Nick about other significant women in his life. So how do you Y&R fans see this playing out?

new #YR #Shick wedding promo:
“will the past destroy the future?” pic.twitter.com/Rzg1F585Ik

Meanwhile, Ashley Abbott (Eileen Davidson) will be making a big move when she has Billy Abbott (Jason Thompson) ousted from Jabot due to his gambling. Ashley will reveal a shocking secret this week to her family about Billy stealing from the company.

Traci Steps In As CEO

Other “Young and Restless” spoilers suggest that Rey Rosales (Jodi Vilasuso) will decide to make Genoa City his permanent home.

The Young and The Restless Rumors: Abbott Family Rocked, Ashley Switched Jack’s DNA, He Is An Abbott

and for the rest of Genoa City ….

Victoria Newman’s (Amelia Heinle) world will be rocked. A surprise visitor arrives in Genoa City. Ashley Abbott will celebrate a victory. Sharon McAvoy will experience deja vu. Mariah Copeland will have a little pre-wedding chat with her little sister Faith Newman (Alyvia Alyn Lind). As you can see we have a very exciting week coming up, so make sure to stay tuned to CBS’s “The Young and the Restless.”