The Young and The Restless Spoilers: Kyle And Ashley Abbott Go To War 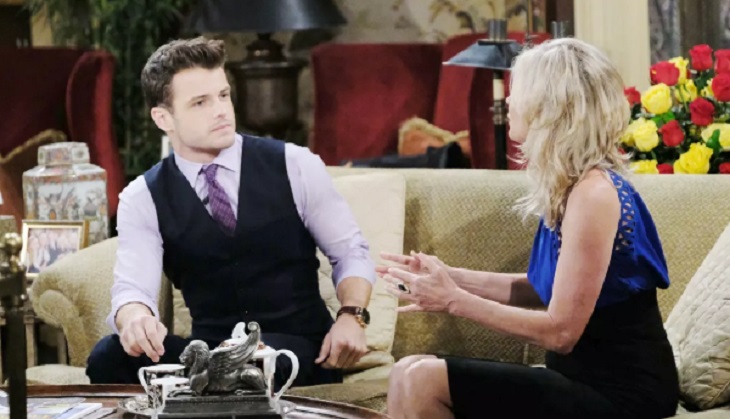 The Young and the Restless spoilers indicate that Kyle and Ashley Abbott will soon see a face-off that no one has ever seen before in Genoa City. In fact, the two will be battling over Billy Abbott [Jason Thompson] and the future of Jabot.

After Kyle Abbott [Michael Mealor] presents Ashley with evidence that Billy has been stealing from the company, she does her best to keep her cool with this new information. In fact, she doesn’t want to jump to any conclusions and accuse Billy of something that he might or might not have done. She also doesn’t want to make any drastic decisions that might have future consequences down the line.

Ashley agrees with Traci’s [Beth Maitland] suggestion for an intervention and tries to talk Billy into going to rehab. After all, something needs to be done. But when Billy refuses, Ashley has no choice but to decide what to do with his fate. The last thing she wants is for Jabot to be completely ruined.

Phyllis, meanwhile, tells Jack Abbott [Peter Bergman] that Billy needs to pay off his debts. Jack is absolutely floored over this idea, but at the same time, Billy might need his help. After all, when it comes to the Abbotts, family is always first, regardless of what the situation is. Billy needs everyone’s help.

If there is one person resisting though, it’s Kyle and he lets Ashley know exactly what’s on his mind, leading to a heated argument between the two. The only question is, who will be the one to lend their hand and support him the most? Fans will find out soon enough!

The Bold and the Beautiful Spoilers: Liam Can’t Make Up His Mind – Steffy Reels Him Back In?