Neighbours: The Many Loves Of Paul Robinson 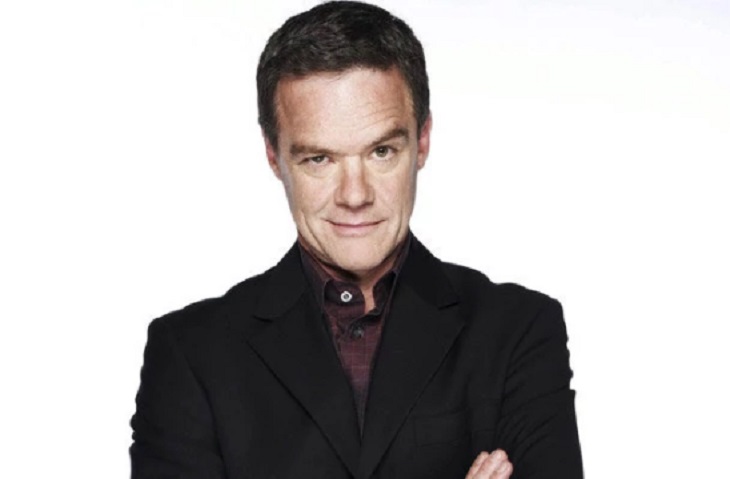 Everyone who watches Neighbours – and even some who don’t – know that Paul Robinson is a womaniser. TV Week recently sat down with the actor himself, Stefan Dennis, to look back on some of his fiery relationships, reflecting on the women who left their mark on Paul’s life.

Terry was the first of Paul’s five wives, but their relationship certainly wasn’t a typical one. Reminiscing, Stefan said “[Paul] was an engineer student. And Terry was a plumber with a heart of a gold. She was mixed up with the wrong people – and ended up shooting Paul! He was heartbroken. And that was the beginning of Paul being bitter, twisted and not trusting women.”

The events of his first marriage definitely had a knock-on effect. The experience plagued his relationship with Gail, raising many trust issues. Though their relationship started as a marriage of convenience Paul eventually fell in love, leading Stefan to declare, “I think Gail is still the number-one love of Paul’s life.”

Mother to Paul’s youngest son Andrew, Christina came to Ramsay Street as part of a witness protection programme. Stefan remembered, “Paul loved Chrissy, but they weren’t on the same level – he was an empire-builder, while Chrissy was a homebody. They were able to make it work for a while. But wife-syndrome can only last so long.”

Stefan loved working with Natalie, and also loved their characters story arcs. Excitedly, Stefan said, “That was one hell of a relationship! It was probably his most exciting relationship. And it was one of the most incredible, fun times when I was working with Natalie. I have the greatest respect for her, and she’s become a lifelong friend.” Of course, Izzy is returning to the street next week. With Paul single and still trying to get over Terese, will the pair reignite their romance?

Lyn is mostly remembered for her rocky relationship with Paul. Stefan reflected jovially on their relationship: “Lyn – oh, God! That was a whirlwind romance – and it kind of came from nowhere. It’s like the producers were scratching to find someone to put with Paul. But it worked because they were so incredibly different. That’s why it fell apart as well. It’s probably one of the few times Paul was really honest with a woman, because they had a very fast marriage in three hours. I think it’s one of the shortest marriages in history! But Janet is such a joy to work with.”

As was the case initially with Gail, his relationship with Kristen – which was actually an affair – was one of convenience for Paul. The affair ended horribly after Paul left her for dead in a bush fire. Explaining, Stefan said, “She was this hot, young blonde, and he thought, ‘I’ll have a bit of that, thanks!’ And so he did. He used Kirsten and then it all went horribly wrong. The remarkable thing is she forgave him for what he did to her.”

Though their relationship was fiery, and suffered affairs, Paul and Rebecca were happy for a while. That was until she pushed him off of the Lassiter’s balcony, leaving him for dead. Despite this, Stefan has fond memories of Rebecca: “That was a funny relationship. She was another mad one, wasn’t she? Rebecca was genuinely in love with Paul, and Paul was genuinely in love with her. But it was volatile. She was strong-minded, which is probably why they lasted and went as far as getting married. She was a good match for Paul.”

Diana was one of Paul’s affairs, and one of the 6 major suspects in the ‘who pushed Paul’ storyline, which is never an attractive quality. Speaking of Paul’s relationship with Diana, Stefan said, “This is one of those situations where the chemistry simply didn’t work. It didn’t click. It was a shame, because she was a great actress and was great to work with.”

Priya was happily married to husband AJ, until she met Paul. There began the second marriage that Paul was set to ruin. “It was the same thing – Paul having a game. He was just a playboy, wasn’t he? He tried it on with any woman. Priya fell for Paul before he fell for her, because it was only a game for him at that stage. He was aware it could break up a family. It was all very, very naughty!”

Naomi and Paul started out as a working relationship, but the colleagues fell for each other and Paul quickly proposed. Things sadly ended after Naomi had a one night stand with Josh Willis. Happily reflecting, Stefan said, “Who’d have thought Paul Robinson would fall in love with a Canny [a member of the Canning family]? It started as a working relationship. And Paul was devastated when she left. She was insane, but a great character. Bring her back any day. Pay her a million dollars to make her my partner!”

11- Terese Willis, played by Rebekah Elmaloglou (2013)
Of course, we can’t forget Paul’s current love – Terese! She and Paul had a rocky friendship, shrouded by a tense working relationship. But after he accompanied her to her first chemotherapy session, things between the pair began to hot up and they eventually slept together. This ruined her relationship with Gary for a while but they eventually got back together.

With Terese back in Gary’s arm, and Paul attempting to get over her by faking a marriage (again), who will be the next to truly capture Paul’s heart?