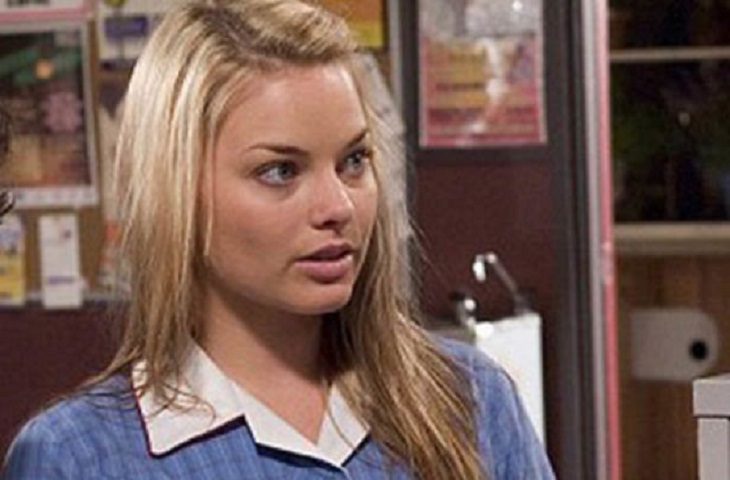 Oscar nominated, critics’ choice award winner and Neighbours veteran Margot Robbie has revealed that she would return to the Australian soap!

The 27-year-old Australian actress and Neighbours alum has won big at Hollywood award ceremonies, and has most recently been nominated for an Oscar for her role as disgraced figure skater in I, Tonya, but still has a special place in her heart for the humble soap where she began her career.

Margot played the role of Donna Freedman on Neighbours from 2008 to 2011, earning two Logie Award nominations. Though she was only on the show for three years, she was hugely missed when she left to pursue a career in Hollywood.

The teenager joined the soap as a recurring character, taking the role of a fan completely obsessed with Ty Harper (Dean Geyer), eventually joining his band. She solidified herself as a fan favourite; a kooky character whose loveable nature was appealing to all, leading her to make friends with the teens of Ramsay street.

Margot’s most well-known Neighours storyline was Donna’s relationship with Ringo Brown, played by Sam Clark. Though it was a turbulent relationship, it ended in disaster when current Neighbour Steph Scully (Carla Bonner) hit and killed Ringo while riding her motorcycle. Following her husband’s death, Donna moved to America to pursue her dream at New York design school.

Margot has since found Hollywood success, starring in many hit films such as The Wolf of Wall Street and Suicide Squad. However, the successful and strong female says that she would be happy to go back to Ramsay Street! Talking to WHO magazine, Margot said, “Yeah, I think I would, totally. We could get the whole gang back together. I’d be in.”

Neighbours fan favourite Alan Fletcher (Karl Kennedy), praised Margot’s career, calling her one of the best actors he has ever worked with. Talking on Absolute Radio Christian O’Connell Breakfast Show he said, “Margot, I would say, is probably one of my favourite actors that’s ever been on the show. From the first moment she stepped onto the set at Neighbours, it was quite clear to Jackie Woodburne, who plays Susan, and myself that she was destined for stardom. I don’t know if there isn’t an acting brief that Margot can’t fill. It’s thrilling to see her career blossom the way it has.”

It seems that Margot is loved by critics, friends and colleagues alike, and is certainly loved by Neighbours fans who would go crazy for her to return to Ramsay Street!