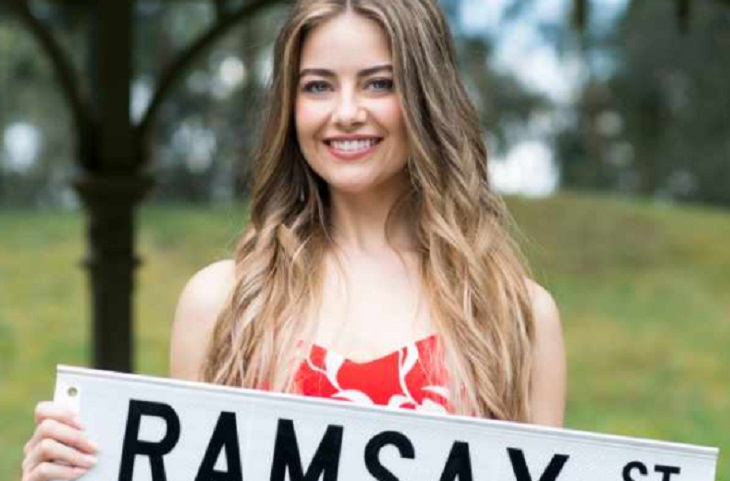 As one Brennan leaves, another one arrives… The Brennan sister is about to join Ramsay Street!

It’s only been a matter of weeks since Neighbours viewers were devastated watching Tyler leave Erinsborough, transferring to a safer prison in Adelaide.

Viewers will be pleased to hear that another Brennan is joining the street, but this time it’s sister Chloe! We’ve heard Chloe mentioned quite a few times over the past few months, especially when it turned out that she was included in Russell – their father’s – will. For this reason, fans have long been anticipating her arrival on Ramsay Street.

Well now is that time! With Tyler gone, Mark and Aaron are in need of support now more than ever, so sister Chloe will be that comforting help. Chloe will be played by actress April Rose Pengilly, who is the daughter of Kirk Pengilly, vocalist, guitarist and saxophonist for Australian rock band INXS.

The actress – who is also a model – spoke to Australia’s The Daily Telegraph, admitting that she’s struggled to keep news of her new role under wraps, branding it “a very full-time covert operation”.

“I had my hair dyed blonder so I’ve been posting old photos and editing my hair darker on new ones and tagging myself at Sydney locations on Instagram so as not to give anything away,” she declared. She further added that she’s massively excited to be part of such an iconic Australian show, admitting that she’d nearly given up hope of finding work in her home country of Australia.

“I think it’s a goal for most Aussie actors to be on one of these iconic Aussie shows that is beloved worldwide,” she said. “But I’d kind of given up on it – my goal was America.”

Luckily for Mark and Aaron she didn’t give up, and their sister will be making her first on screen appearance later this month, on Tuesday 27th March.