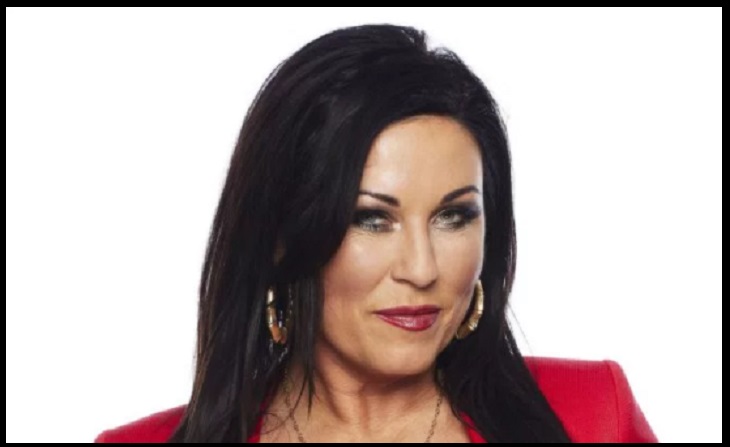 Kat Moon and the Slaters sounds like a hot name for a trending girl band, but instead we’re more than willing to settle for the hot soapy mess about to hit EastEnders.

You know what they say: don’t speak ill of the dead, because on soaps they’ll come back to haunt you—literally. And with that we set the stage for the sad, all too soon demise of Kat Slater (Jessie Wallace).

Just kidding! Explosive EastEnders spoilers reveal that soon a returning Mo (Laila Morse) will shock Walford with the news that Kat’s a goner. How will her friends and family react?

A sizzling promo trailer previews the intense outcome of Mo’s dramatic bombshell, and the response is just as riotous as Kat was (oops, is) in real life. In reaction to Kat’s untimely death her beloved plan her wake and pull out all the stops. Of course the big event takes place at the Queen Vic, and leopard print is all the rage in honor of Ms. Kat.

But is the celebration, I mean wake, a bit premature? It would appear that way since the promo reveals that the dearly departed is making plans to instead be the guest of honor!

What are the Slater women thinking? Are they pulling a massive con? Is the cruel deceit payback for someone who wronged them?

Along with Mo and Kat, Jean (Gillian Wright) is also returning to Albert Square but whatever will they do for an encore? Settling back into daily life after all this hullabaloo won’t be easy.

Show execs are keeping the bombshell details surrounding the surreptitious storyline top secret. But Wallace told the Metro that what executive producer John Yorke has in store for fans is, “incredibly exciting.”

Look for the upcoming soapy drama to unfold in the coming days as Mo makes a grand entrance.