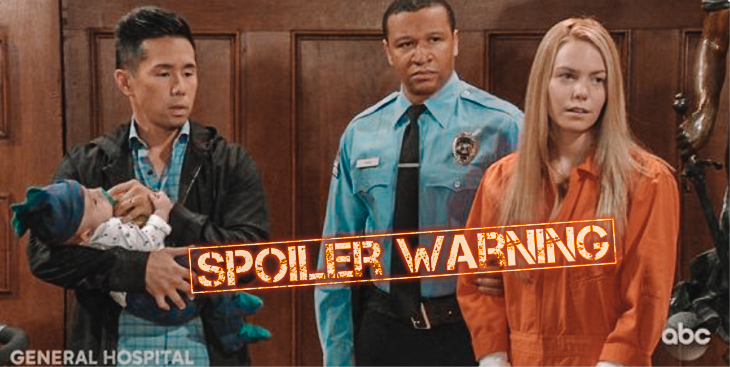 General Hospital (GH) spoilers for the week of Monday, October 15, 2018 through Friday, October 19, 2018 tease that we will have a week filled with decisions made, while another couple take a major step forward. We have a very exciting week heading our way and you will not want to miss a moment of the action!

This week, Drew Cain (Billy Miller) will make a decision that is not a very easy one. Drew will decide whether or not to use Jason Morgan’s (Steve Burton) memories to help Margaux Dawson (Elizabeth Hendrickson) nail Sonny Corinthos (Maurice Benard) in return for the flash drive. First Drew will pay Sam McCall (Kelly Monaco) a visit to get her opinion on the situation.

Missed an episode? Not to worry! Full episodes of #GH are just a click away: https://t.co/UR7cRa9AMN

Later, Drew will get a visit from Sonny. Sonny will point out to Drew that if he plays ball with Margaux that many of the people he cares about lives will be affected. Drew does not want anyone hurt and will take into account not just his life, but others as well. He knows that somebody will lose no matter what he chooses. What do you GH fans think Drew should do?

Meanwhile, Kiki Jerome (Hayley Erin) and Griffin Munro (Matt Cohen) will take a major step forward in their growing relationship. They will end up ditching their plans of attending the Port Charles Film Festival when Griffin gets tickets to the wrong show. They will decide to go to Kiki’s place instead and put on a classic romance which will lead to them making love. It will be the first time they have slept together since their post- Nurse’s Ball tryst. Are you GH fans liking these two together?

For The Other Residents of Port Charles ……

Ava Jerome (Maura West) will find a new drinking buddy. Valentin Cassadine (James Patrick Stuart) will put in a good word. Maxie Jones West (Kirsten Storms) will offer words of encouragement. Alexis Davis (Nancy Lee Grahn) will pay Julian Jerome (William DeVry) a visit. As you can see we have a very eventful week coming up, so make sure to stay tuned to ABC’s General Hospital.